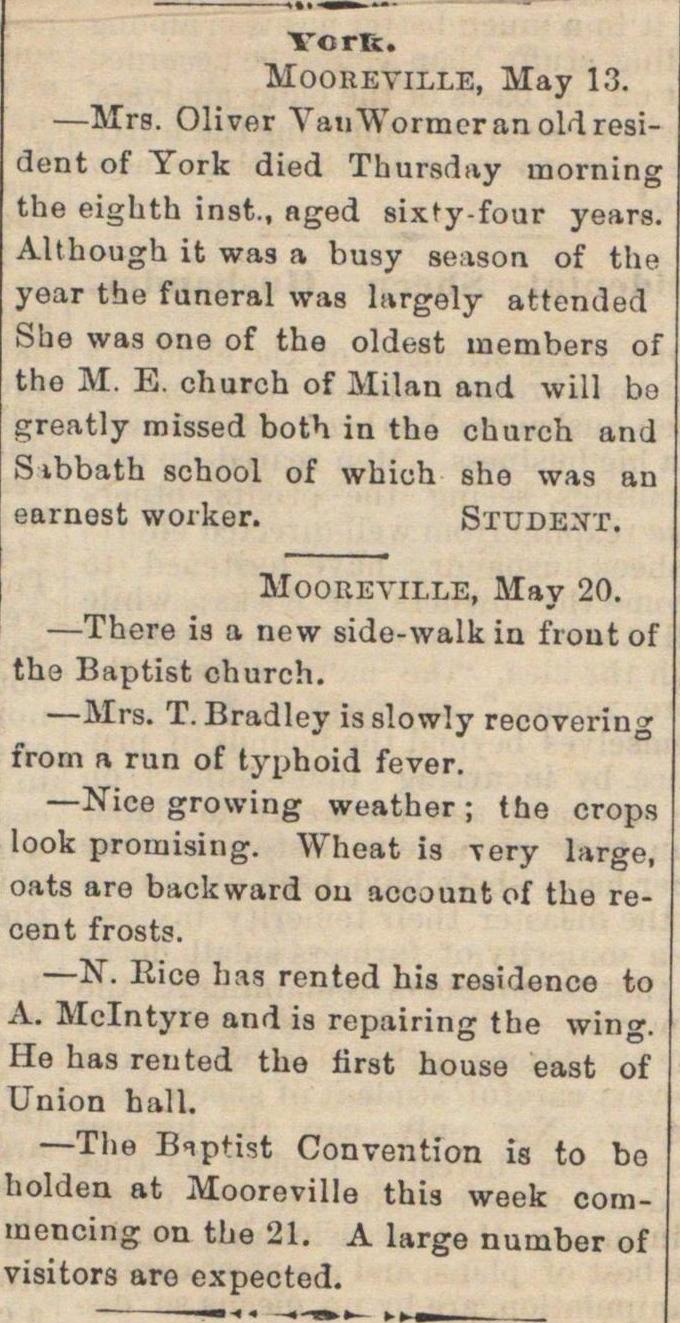 Mooueville, May 13. - Mrs. Oliver VatiWormeranoH resident of York died Thursday morning the eiglith inst., nged sixt-y-four years. Although it was a busy season of the year the funeral was largely attended She was one of the oldest members of the M. E. ehurch of Milan and will bo greatly missed both in the ehurch and Sibbath school of whiuh she was an earnest worker. Student. Mooreville, Mav 20. - There ia a ncw side-walk in front of the Baptist church. - Mrs. T. Bradley is slowly recovering from n run of typhoid fever. - Nice growing weather ; the crops look prouiising. Wheat is ery large, oats are backward ou account of the recent frosts. - N. Rice has rented his residence to A. Mclntyre and is repairing the wing. He has rented the first house east of Union hall. -The Biptist Convention is to bo holden at Mooreville this week commencing on the 21. A large number of visitors aro expected.