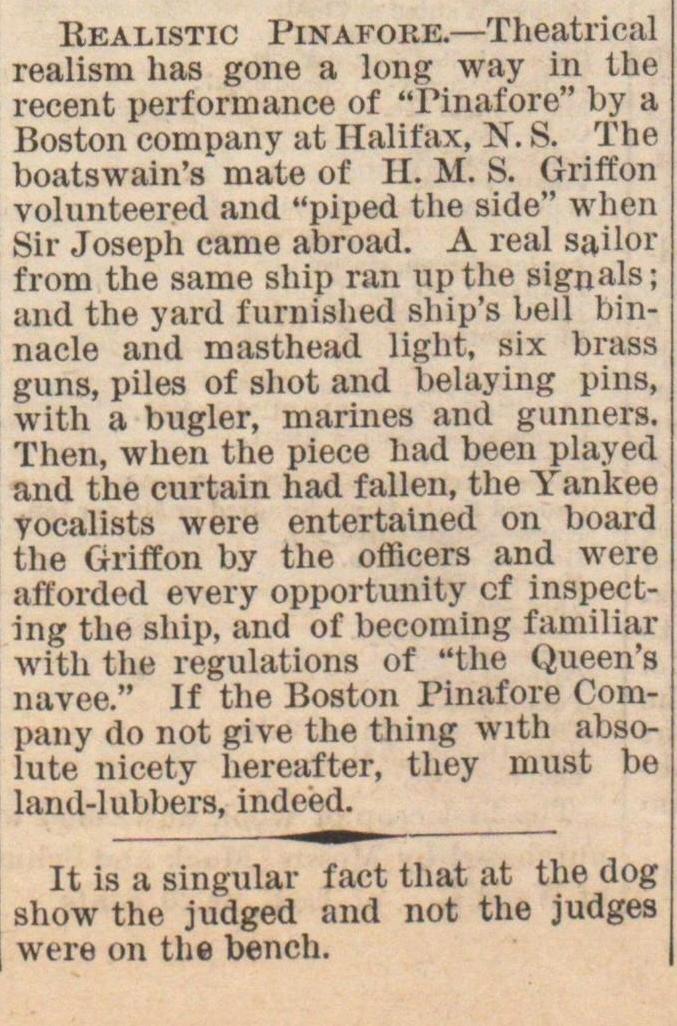 realisni lias gone a long way m me recent performance of "Pinafore" by a Boston company at Halifax, K S. The boatswain's mate of II. M. S. Griffon volunteered and "piped the side" wben Sir Joseph carne abroad. A real sailor from the same ship ran tip the signáis; and the yard furnished ship's bell binnacle and masthead light, six brass guns, piles of shot and belaying pins, with a bugler, marines and gunners. ïhen, when the piece had been played and the curtain had fallen, the Yankee yocalists were entertained on board the Griffon by the officers and were afforded every opportunity cf inspecting the ship, and of becoming familiar with the regulations of "the Queen's navee." If the Boston Pinafore Company do not give the thing with absolute nicety hereafter, they must be land-lubbers, indeed. It is a singular fact tliat at the dog show the judged and not the judges were on the bench.