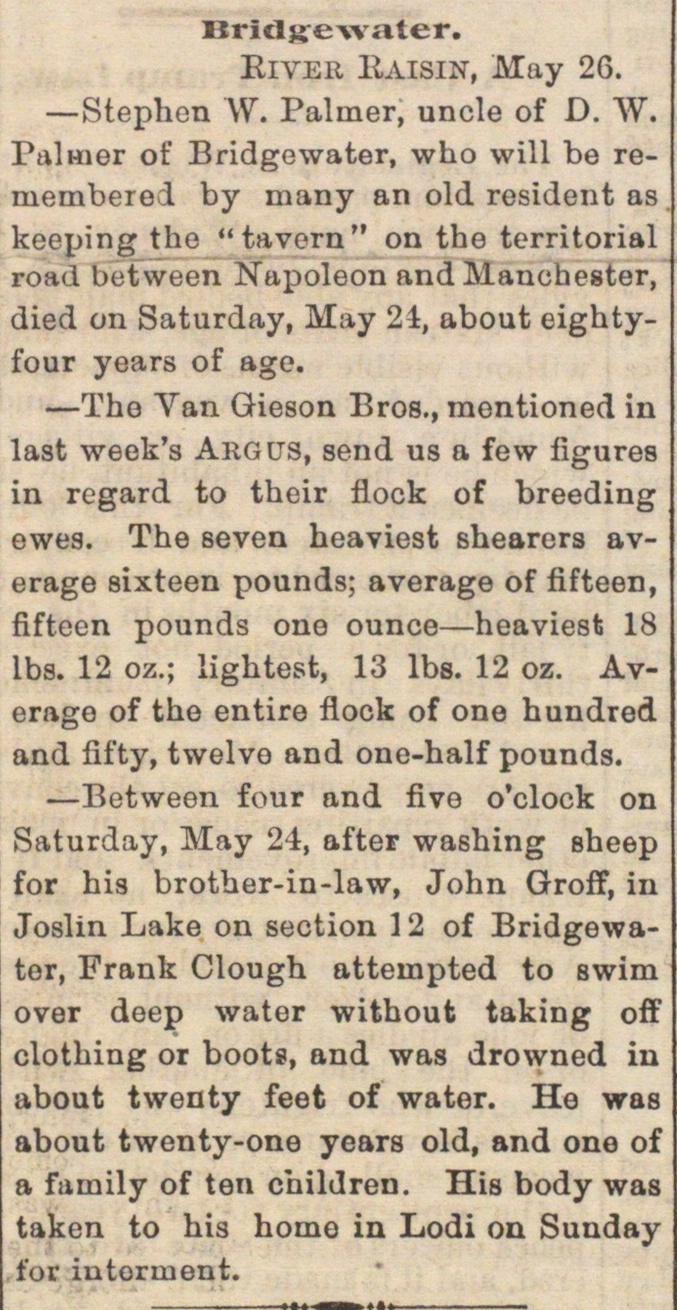 ElVER Eaisin, May 26. - Stephon V. Palmer, unole of D. W. almer of Bridge water, who will be remembered by many an old resident as ceeping tho "tavern" on the territorial road between Napoleon and Manchester, lied on Saturday, May 21, about eighty'our yoars of age. - Tho Van Gieson Bros., mentioned in ast week'a Argüs, send us a few figures n regard to their flook of breeding ewes. The seven heaviost shearers average 8Íxteen pounds; average of fifteen, ifteen pounds ono ounce - heaviest 18 bs. 12 oz.; lightest, 13 lbs. 12 oz. Average of the entire flook of one hundred and fif'ty, twelvo and one-half pounds. - Between four and fivo o'clock on aturday, May 24, after washing sheep or hia brother-in-law, John Groff, in oslin Lake on section 1 2 of Bridgewa;or, Frank Clough atternpted to swim ver deep water without taking off lothing oi boots, and was drowned in bout twenty feet of water. He was bout twenty-one years old, and one of a family of ten children. His body was taken to his homo in Lodi on Sunday tor intorinent.