A Pleasant Send Off 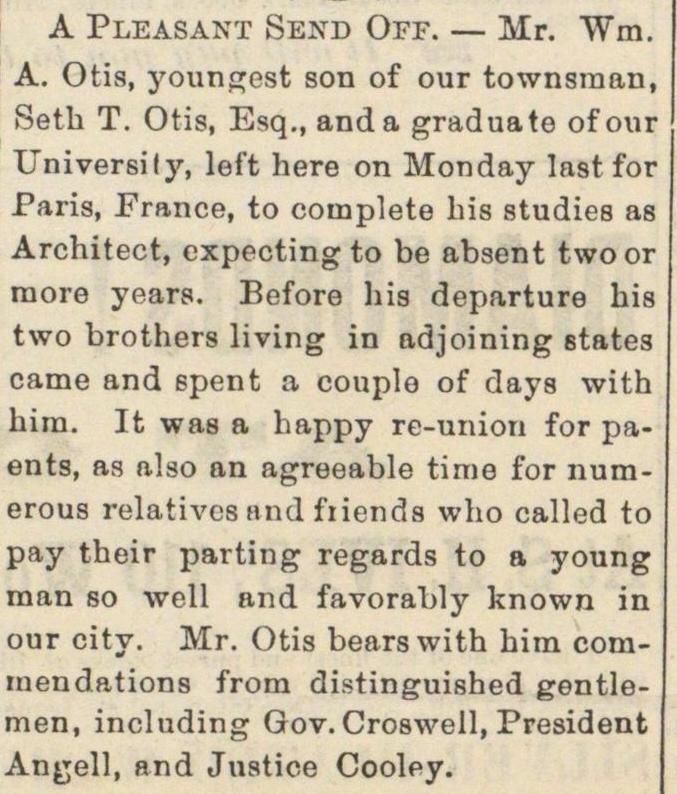 A. Otis, youngest son of our townsraan, Setb T. Otis, Esq., anda gradúate ofour Universily, left here on Monday last for Paris, Franee, to complete his studies as Architect, cxpecting to be absent twoor more years. Before his departure his two brothers living in adjoining 6tates carne and epent a couple of days with hira. It was a happy re-union for paents, as also an agreeable time for numerous relativc8iind ñiends who called to pay their parting regards to a young man so well and favorably known in our city. Mr. Otis bearswith him commendations from distinguished gentlemen, including Gov. Croswell, President Angel], and Justice Cooley.