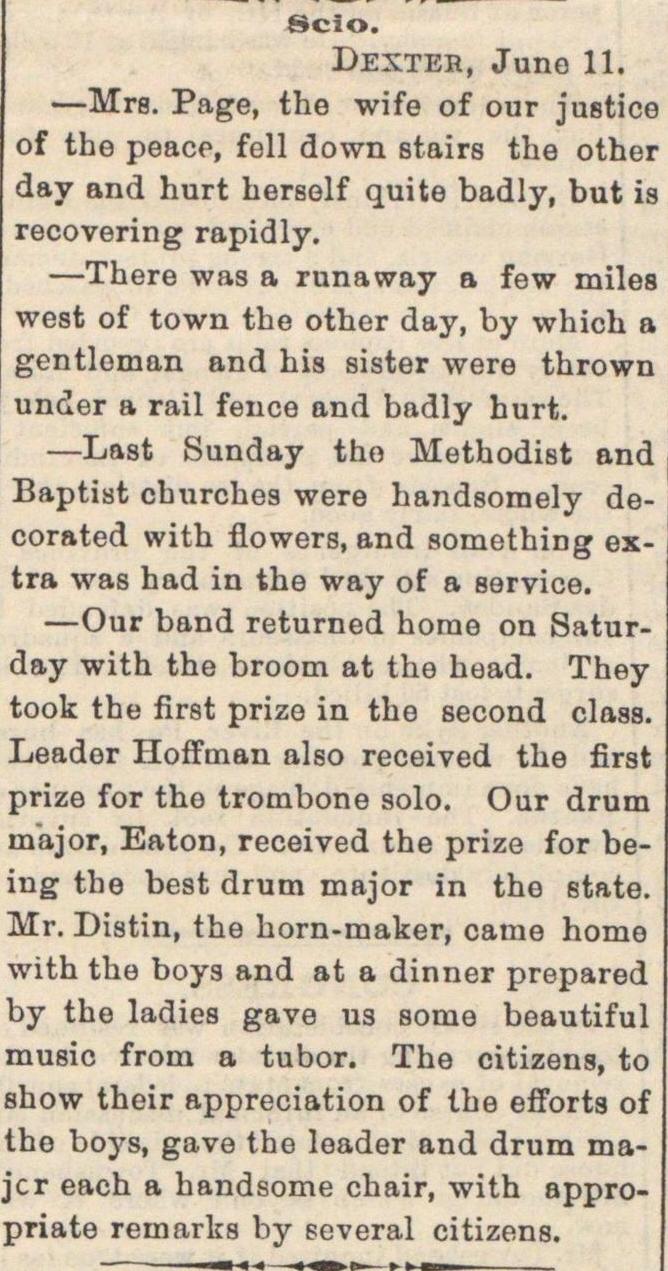 Dexteb, Juno 11. - Mrs. Page, the wife of our justice of the peacr, feil down stairs the other day and hurt herself quite badly, but is recovering rapidly. - There was a runaway a few miles west of town the other day, by which a gentloman and his sister were thrown under a rail fenee and badly hurt. - Last Sunday tho Methodist and Baptist cburches were handsomely decorated with flowers, and something extra was had in the way of a service. - Our band returned home on Saturday with the broom at the baad. They took the first prize in the second class. Leador Hoffman also received the first prize for the trombone solo. Our drum major, Eaton, received the prize for being the best drum major in tho etate. Mr. Distin, the hom-maker, came home with the boys and at a dinner prepared by the ladies gave us some beautiful music from a tubor. The citizens, to show their appreciation of the efforts of tho boys, gave the leader and drum majcr each a handsome chair, with appropriate remarks by several citizens. - i- - i i i i m