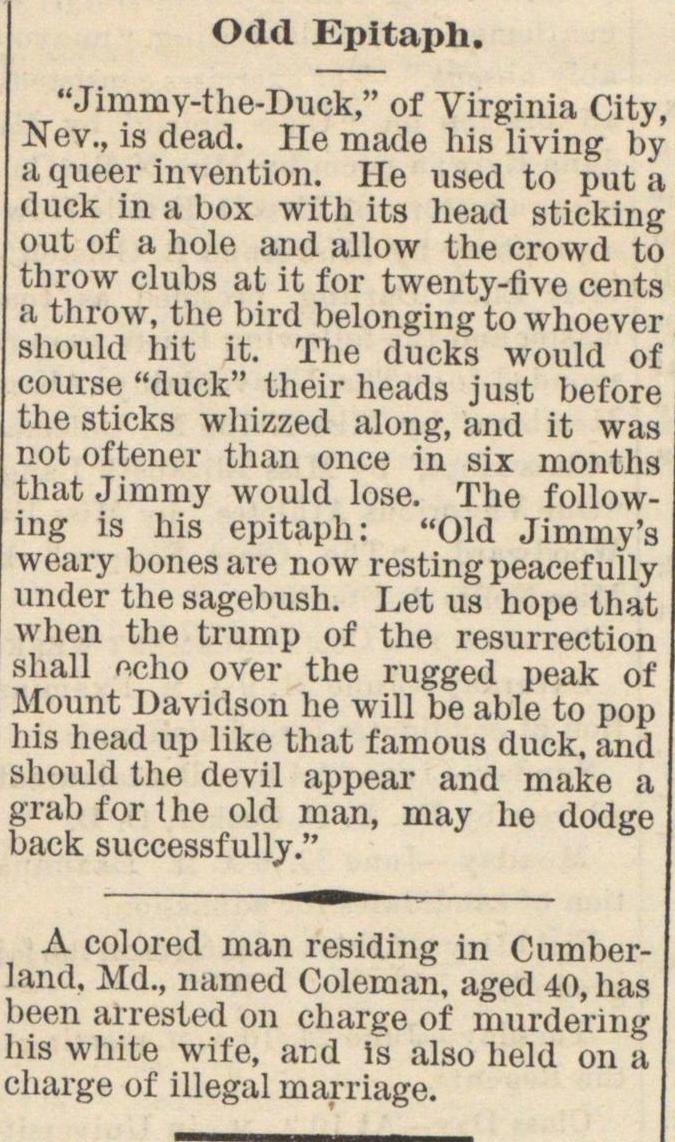 "Jimmy-the-Duck," of Virginia City, Nev., is dead. He made liis living by a queer invention. He used to put a duck in a box with its head sticking out of a hole and allow the crowd to throw clubs at it for twenty-flve cents a throw, the bird belonging to whoever should hit it. The ducks would of course "duck" their heads just before the sticks whizzed along, and it was not oftener than once in six months that Jimmy would lose. The following is his epitaph: "Old Jiminy's weary bonesare now resting peacefully under the sagebush. Let us hope that when the trump of the resurrection shall ocho over the rugged peak of Mount Davidson he will be able to pop his head up like that famous duck, and should the devil appear and make a grab for the old man, may he dodge back successfullv." A colored man residing in Cumberland, Md., named Coleman, aged40, lias been arrested on charge of mnrdering his white wife, ard is also held on a charge of illegal marriage.