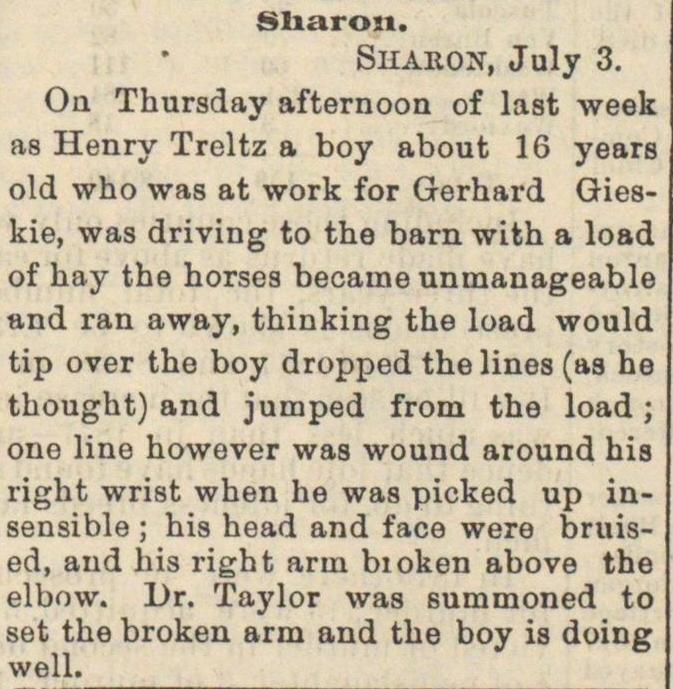 Sitaron, July 3. On Thursday afternoon of last week as Henry Treltz a boy about 16 years old who was at work for öerhard Gieskie, was driving to the barn with a load of hay the horses became unmanageable and ran away, thinking the load would tip over the boy dropped thelines(as he thought) and jumped from the load ; ono line however was wound around his right wri8t when he was pioked up insensible ; his head and face were bruised, and his right arm bioken above the elbow. Dr. ïaylor was summoned to set the broken arm and the boy is doing well.