A Lesson In Subtraction 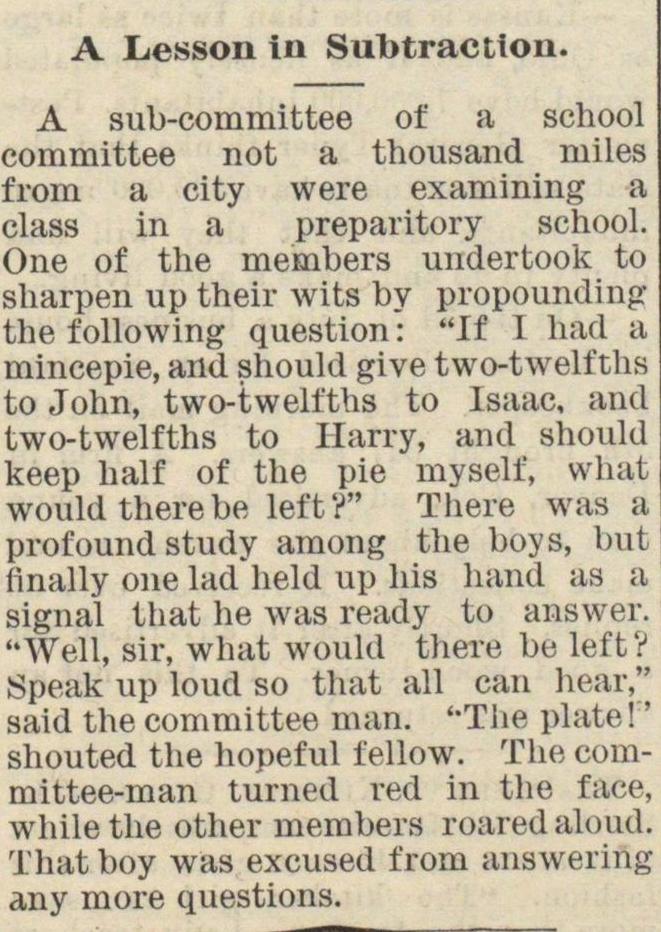 A sub-committee of a school committee not a thousand miles from a city were examining i class in a preparitory school. One of the members undertook to sharpen up their wit by propoundinji' the t'ollowing question : "If T had a mincepie, and should give two-twelfths to John, two-twelfths to Isaac, and two-twelfths to Ilarry, and should keep half of the pie myself, what would there be lef t ï" There was a profound study among the boys, but finally one lad'held up his hand as a signal that he was ready to answer. "Well, sir, what would there be lef t ? Speak up loud so that all can hear," said the committee man. '-The platel" shouted the hopeful fellow. The committee-man turned red in the face, whilethe other members reared aloud. That boy was excused from answering any more questions.