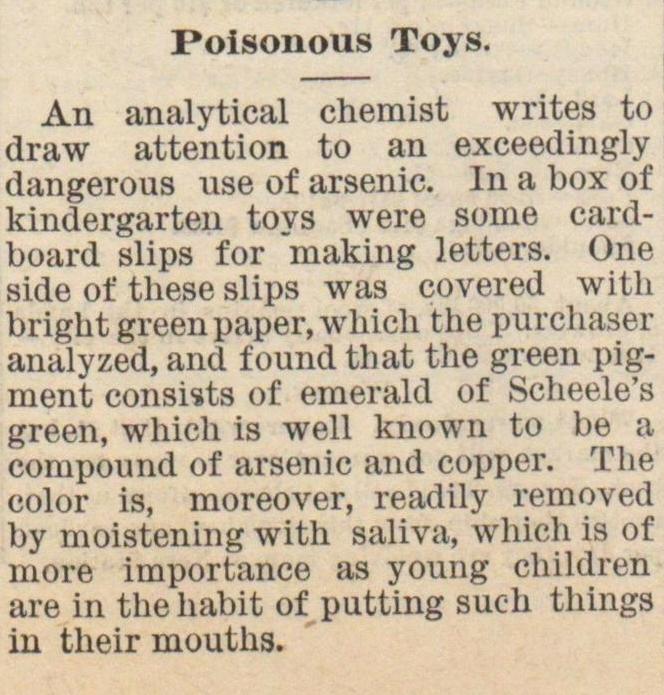 An analytical chemist writes to draw attention to an exceedingly dangerous use of arsenic. In a box of kindergarten toys were some cardboard slips for making letters. One side of these slips was covered with bright green paper, whicli the purchaser analyzed,and foundthat the green pigment consista of emerald of Scheele's green, which is well known to be a compound of arsenic and copper. The color is, moreover, readily removed by moistening with saliva, which is of more importance as young children are in the habit of putting such things in their mouths.