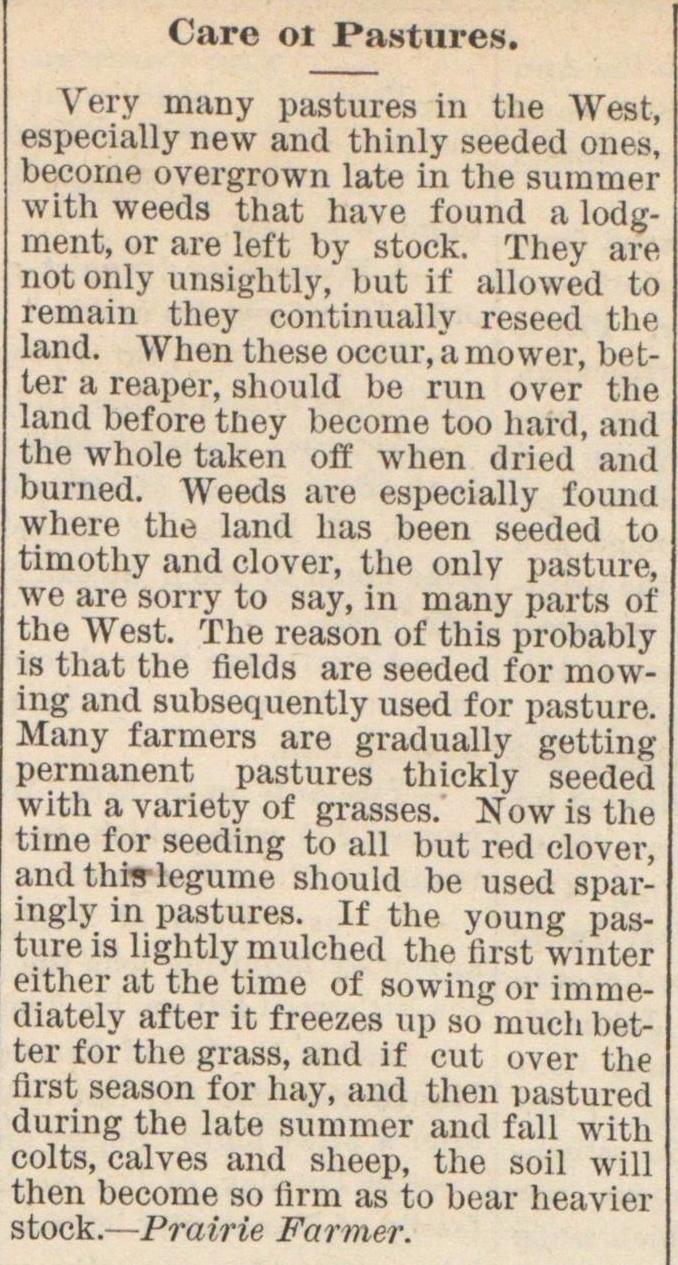 Very many pastures in the West, especially new and thinly seeded ones, becorne overgrown late in the Bummer wlth weeds that have found a lodgment, or are left by stock. They are not only unsightly, but if allowed to remain they continually reseed the land. When these occur, a mower, better a reaper, should be run over the land before they becoine too hard, and the whole taken off when dried and burned. Weeds are especially found where the land has been seeded to timothy and clover, the only pasture, we are sorry to say, in many parts of the West. The reason of this probably is that the fields are seeded for mowing and subsequently used for pasture. Many farmers are gradually getting permanent pastures thickly seeded with a variety of grasses. Now is the time for seeding to all but red clover, and legume should be used sparingly in pastures. If the young pasture is lightly mulched the first winter either at the time of sowing or immediately after it freezes up so much better for the grass, and if cut over the flrst season for hay, and then pastured during the late summer and fall with colts, calves and sneep, the soil will then become so h'rm as to bear heavier