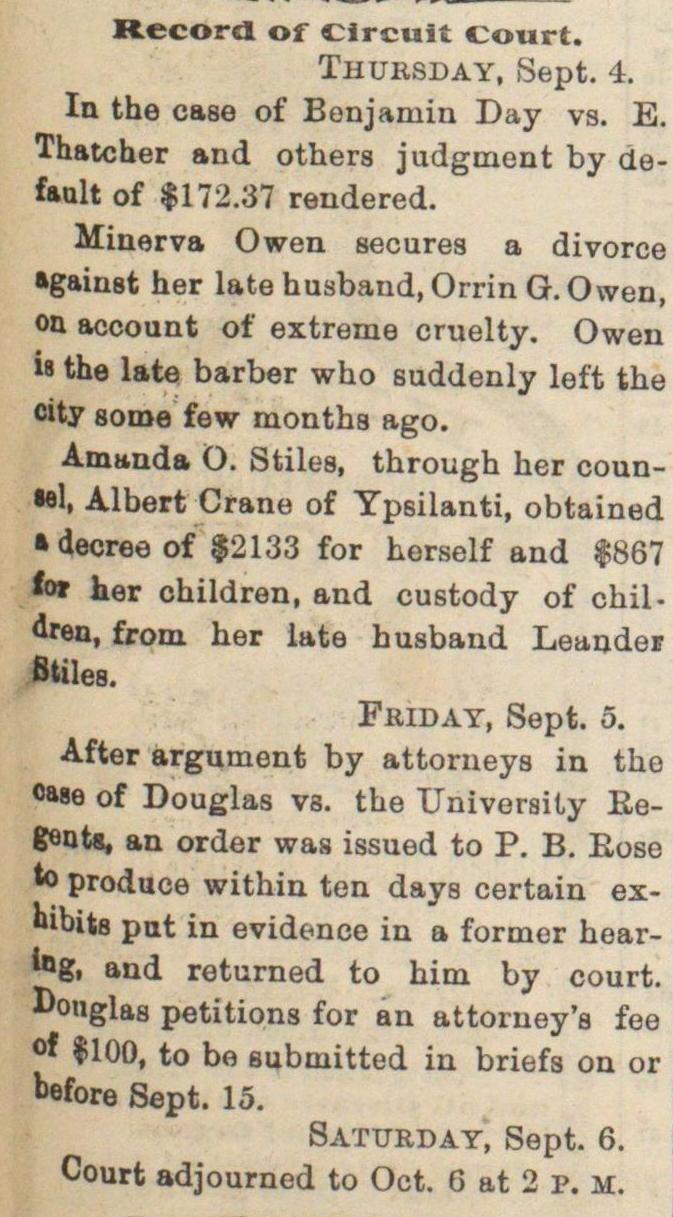 Thursday, Sept. 4. In the case of Benjamin Day vs. E. Thatcher and others judgmont by defeult of $172.37 rendered. Minerva Oweu secures a divorce gainst her late husbaud, Orrin Q. Owen, on account of extreme cruelty. Owen the late barber who suddenly left the city some few montha ago. Amanda O. Stiles, through her coun1, Albert Crane of Ypsilanti, obtained decree of $2133 for herself and f 867 tot her children, and custody of childreu, from her late husbaud Leander Stiles. Friday, Sept. 5. After argument by attorneys in the we of Douglas vs. the UniversHy EeKents, an order was issued to P. B. Eose produce within ten dayB oertain exibitg pat in evidence in a former hear'"gi and returned to him by court. Douglag petitions for an attoruey's fee $100, to be submitted in briefs on or before Sept. 15. Satueday, Sept. 6. Court adjourned to Oct. 6 at 2 p. m.