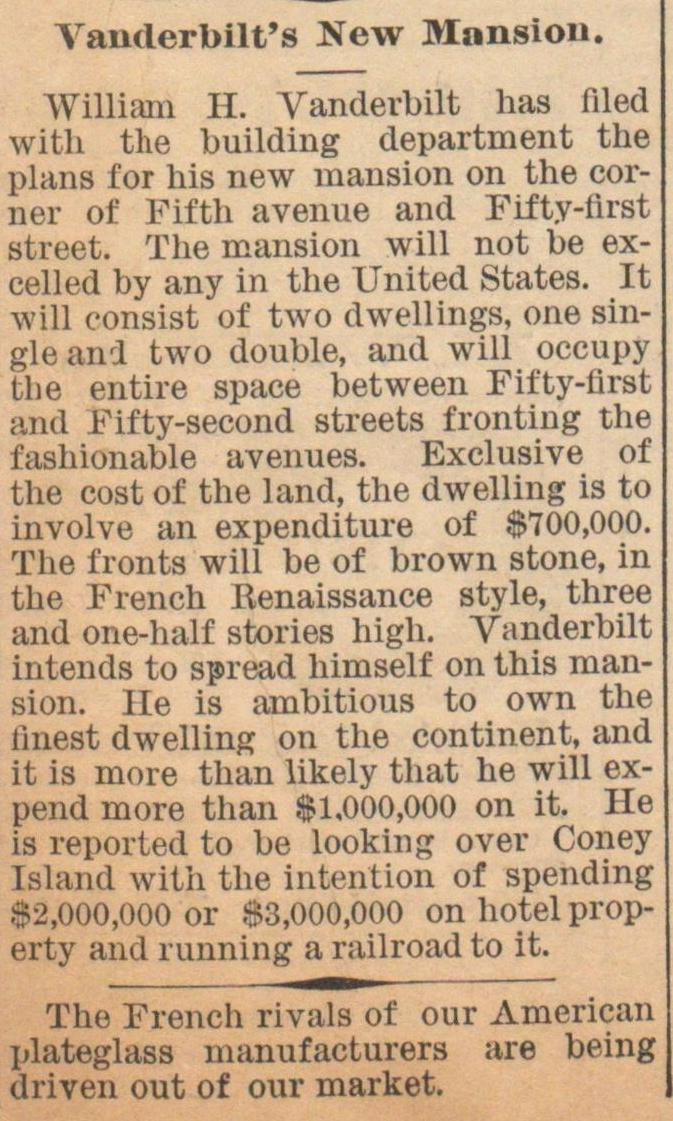 William H. Vanderbilt has nied with the building department the plans for his new mansion on the corner of Fifth avenue and Fiity-flrst street. The mansion will not be excelled by any in the United States. It will consist of two dwellings, one single and two doublé, and will occupy the entire space between Fifty-first and Fifty-second streets fronting the fashionable avenues. Exclusive of the cost of the land, the dwelling is to involve an expenditure of $700,000. The front will be of brown stone, in the French Renaissance style, three and one-half stories high. Vanderbilt intends to spread himself on this mansion. He is ambitious to own the linest dwelling on the continent, and it is more than likely that he will expend more than $1,000,000 on it. He is reported to be looking over Coney Island with the intention of spending $2,000,000 or $3,000,000 on hotel property and running a railroad to it. The French rivals of our American plateglass manufacturera are being diïven out of our market.