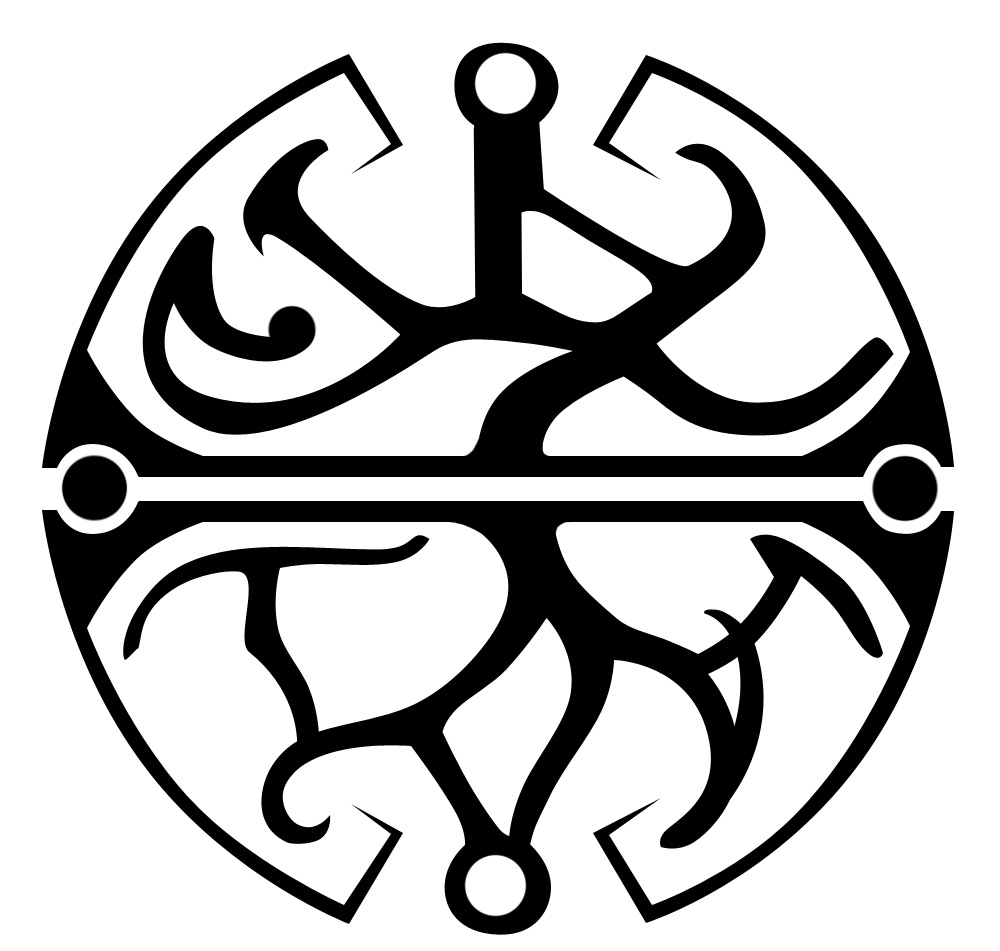 “Wake up. NOW,” growled a baritone voice above me.

I slowly opened my tired eyes, squinting up at my brother. It was still dark outside, and the soft green grass below me was just barely beginning to break into dew. The air smelled cold and gray, like it does every morning before sunrise. The birds had not yet broken out into their chorus of songs; the small river a few yards away continued its soothing, never-ending music of water rushing over stone and sand.

“I KNOW this is yours,” he said angrily. Cerius was holding up something between his claws that was indistinguishable in the darkness, his body’s silhouette outlined with silver moonlight. “I don’t know WHERE you found it, but I do know that it’s yours, and that you SHOULD have picked it up LAST night, not now.”

As my eyes adjusted to the dark, I could see the irritated  expression on Cerius’ face, as well as whatever it was he held up. I slowly turned my gaze towards the squirming gerbil in his talon.

“Sorry,” I moaned sleepily. “Just put it down.”

He narrowed his burning red eyes at me. “Say it first,” he snarled.

“Do it or I eat it.” My brother teasingly tossed the small rodent in the air then caught it by its tail, the gerbil bursting out in a sequence of high-pitched, terrified squeaks.

I let out a long groan, load and indignant. “Fine,” I grumbled.

Drive a needle through my eye.

‘Cause my brother’s super cool.”

I groaned again, got up, and sang the chant once more while I  reluctantly did the Macarena.

“Good enough, you have my approval,” Cerius grumbled, tossing me my gerbil and sauntering away, his tail slowly slithering back and forth through the grass.

My family of shapeshifters had been visited by the government yesterday morning. No, they didn’t know about us until they came for some pointless inspection because they thought we were a group of assassins and a threat to the president’s safety. (At least, that was my hopeless fantasy. It turned out to be something about taxes.) Sadly, they entered while my little sister, Anais, and I were chasing each other around our incredibly large house in our true forms.

Then our parents freaked out and practically fainted from fear. My siblings and I escaped before the agents were able to either kill us, interrogate us, or capture us and run experiments; or whatever they planned to do.

We had no idea where our parents were, if they were still alive, and had absolutely nowhere to go for help. That’s when we decided it was time to go out into the wilderness and stand together. Anais convinced Cerius that we could all bring one object with us: I brought my gerbil, Cerius brought some kind of hair gel (don’t even ask), and Anais brought our mother’s necklace. All of these items have some sort of sentimental value to each of us.

Now we are all wanted by the military, government, and creepy old men who probably live in their mothers’ basements and want chemical readings on our powers, so they can do some sort of cloning process and “understand” us through the probable autopsy. Gosh, not even we understood ourselves.

The average Tracker would call me a shapeshifter, somewhat. None of us are actually anything like the myths, apart from the shapeshifting and tail-business-thingy-ma-doodles.

Anais and I together had tried to talk Cerius into letting us sleep as owls or some other bird of prey last night, just in case, but he simply snapped back at us and threatened to scratch up our wings all night if we dared to do it. Of course, shapeshifters don’t naturally have wings, although we can change into any kind of bird or bat to fly. We actually look more like wingless dragons with fluorescent scales than anything else.

I looked from the gerbil in my talons to my brother, who was just about to wake up Anais as harshly as possible, his dark red spines rattling faintly through the forest. I really, really hated him. As I expected, Anais didn’t even flinch or tense when Cerius commanded her to wake up.

I soon became fully awake and took the long way around the clearing to get to Anais, who was still slumbering peacefully while Cerius was shouting so loud I feared combat drones might just drop out of the sky.

Eventually, he gave up and disappeared into the forest to do who knows what. After waiting a few seconds, I stepped out of the trees and walked up to Anais and stared at her for a long moment.

I finally bent down. “I like to watch you in your sleep,” I whispered in her ear in a creepy, hushed voice.

My sister immediately let out a surprised squeak, somersaulted forward, and sprang to her feet. She seemed about ready to run as fast as she could at the first opening, her eyes wild and scanning the clearing. When Anais’ gaze landed on me, she immediately let out a relieved sigh and relaxed her muscles, smiling warmly.

Anais suddenly looked like the most adorable and forgiving living thing in the universe.

“Is he gone?” she asked. I nodded. “Oh, Lithell, thank you so much for waking me before the sun is up. Did you realize that, by the way? the fact that about a fourth of the world should be asleep?” she said with a hint of sarcasm.

I thought she would say that, so I simply smiled back. “I know, but we have to keep moving around. Perhaps something that nothing would deliberately kill.” There was a long pause between us as I listened to the birds starting their whistles and songs.

“We wouldn’t be able to see each other. That, plus we could very easily get off course and travelling would be slow,” I observed. “We need an animal that would usually be in a small-ish group. Songbirds travel in larger groups, same with geese and ducks. We could turn into something like a wolf, and one of us could be the alpha.” Anais looked at me in a way that I thought meant that is possibly the most amazing and absurd idea I have ever heard.

“How about we sneak some woodsorrel into Cerius’ food,” I suggested. Woodsorrel is a common herb in the forest that tastes delicious, but our brother is slightly allergic to it. “That way, he can’t be alpha and it could be one of us instead.”

Anais looked uneasy, shifting on her talons. “But...what if Cerius figures it out before he eats it? And if he does eat it, wouldn’t he try to punish us once he goes back to normal?”

That was a terrifyingly brilliant point. Anais was almost always right about things like this, and so was I, more or less. Except I insist that I’m right more than I actually am right. There was only one way that I’ve discovered to work in this situation, even then, it hardly took any effect, but it was worth a try.

“That’s the future’s problem,” I insisted. “Now let’s go find some woodsorrel. We’ll sneak it into whatever he found to eat while he’s looking away, then you and I go find something to eat for ourselves.”

Anais gave up and shrugged. “Fine. I’ll do it. But if we get in trouble-”

“He’ll slowly peel out our finger nails one by one?” I suggested. She smothered a laugh. “He’s already done that, he hates repetitivity.” I looked down at my claws and uncomfortably remembered the time he once did do that. If he managed to come up with something even worse, it would probably involve eating someone.

Anais slowed her laughing and looked up expectantly at me with her black eyes. I had an idea and smiled.

“OH MY,” I said snidely, deliberately mocking my brother, “WHAT A BUNCH USELESS SQUID-SMELLING IDIOTS WHO NEED TO SHOWER AND NEED TO GET FOOD OF THEIR OWN AND DON’T HAVE ANY SORT OF PHYSICAL WEAPONS THAT CAN ACTUALLY DO SOMETHING ‘CAUSE I’M SO MUCH BETTER THAN EVERYBODY ELSE IN THE UNIVERSE EXCEPT FOR ALL THE GIRLS WHO ARE TOTALLY AWESOME AND GET COLLEGE DEGREES SOONER THAN ME BECAUSE THEY’RE WAY TOO COOL FOR BOYS AND WILL NEVER BECOME TRACKERS LIKE ME GUESS I’M THE HALF-BAKED FREAK AND THEY’RE NOT THE HALF-BAKED FREAKS AND I’M GONNA GO CRY AND SNICKER IN THE CORNER NOW ABOUT MY SAD, DESPERATE LIFE THAT WILL NEVER GO ANYWHERE! I’m gonna start CURSING and go on an ICE-CREAM FIT now in the CORNER and sob ENDLESSLY about my inferior UGLINESS!”

Anais was now rolling all over the place, crying and giggling and laughing so hard I feared she couldn’t breath. Suddenly, she stopped, in the middle of a “floppy” pose, looking at something over my shoulder.

I turned to follow her gaze and there was Cerius, standing on the treeline, his jaw wide open, staring at me. I wondered exactly how long he had been there, then decided it was best not to know.

“Get any...breakfast?” I said awkwardly, clawing up some grass.

Nobody liked the long silence that followed. We each kept glancing at each other, then looking away quickly.

Cerius smiled at me. “When hasn’t it?”

Just like that, I woke up from the best nightmare I’ve ever had.