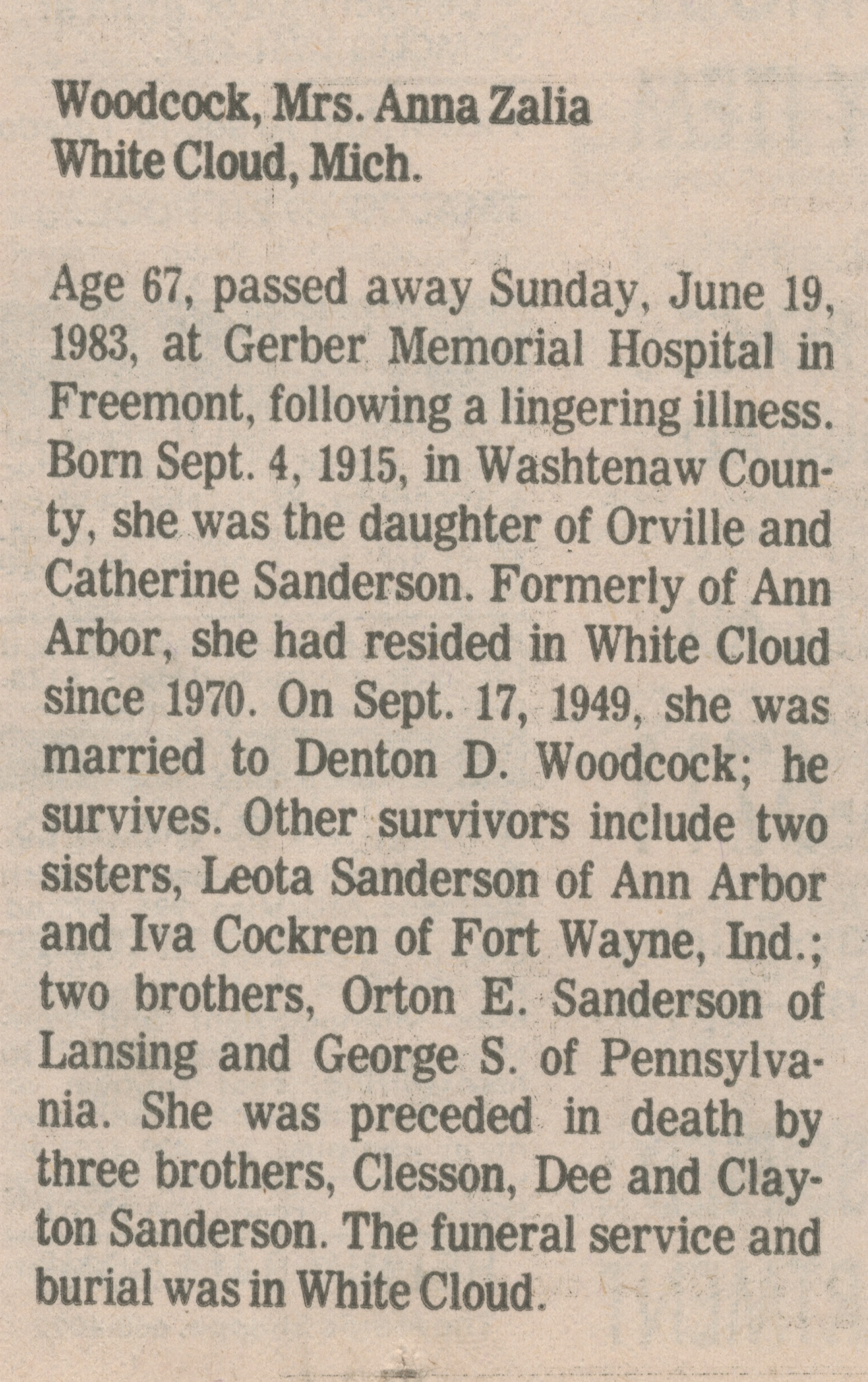 Age 67, passed away Sunday, June 19, 1983, at Gerber Memorial Hospital in Freemont, following a lingering illness. Born Sept. 4, 1915, in Washtenaw County, she was the daughter of Orville and Catherine Sanderson. Formerly of Ann Arbor, she had resided in White Cloud since 1970. On Sept. 17, 1949, she was married to Denton D. Woodcock; he survives. Other survivors include two sisters, Leota Sanderson of Ann Arbor and Iva Cockren of Fort Wayne, Ind.; two brothers, Orton E. Sanderson of Lansing and George S. of Pennsylvania. She was preceded in death by three brothers, Clesson, Dee and Clayton Sanderson. The funeral service and burial was in White Cloud.