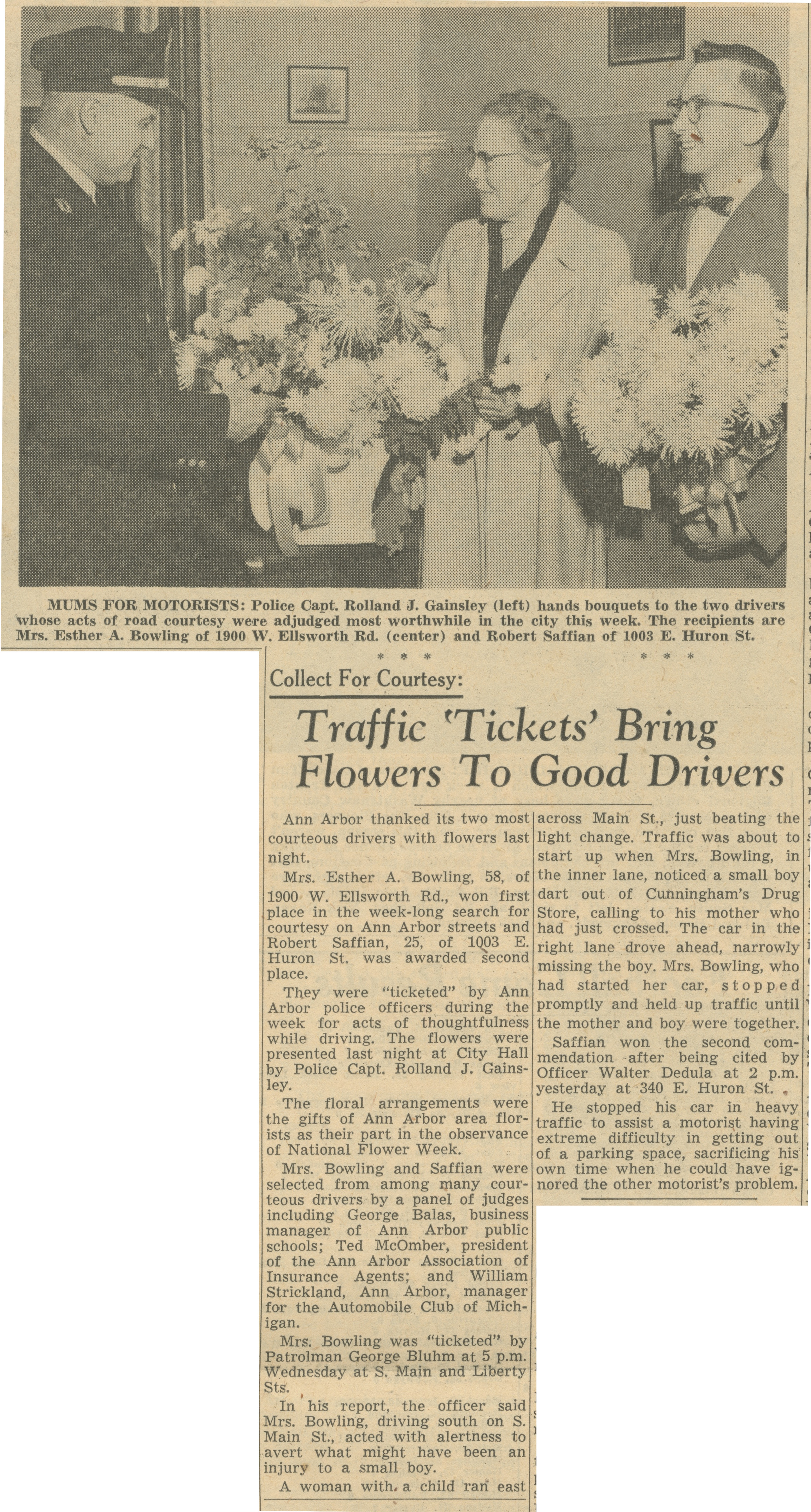 ﻿MUMS FOR MOTORISTS: Police Capt. Rolland J. Gainsley (left) hands bouquets to the two drivers whose acts of road courtesy were adjudged most worthwhile in the city this week. The recipients are Mrs. Esther A. Bowling of 1900 W. Ellsworth Rd. (center) and Robert Saffian of 1003 E. Huron St.

They were “ticketed” by Ann Arbor police officers during the week for acts of thoughtfulness while driving. The flowers were presented last night at City Hall by Police Capt. Rolland J. Gainsley.

The floral arrangements were the gifts of Ann Arbor area florists as their part in the observance of National Flower Week.

Mrs. Bowling and Saffian were selected from among many courteous drivers by a panel of judges including George Balas, business manager of Ann Arbor public schools; Ted McOmber, president of the Ann Arbor Association of Insurance Agents; and William Strickland, Ann Arbor, manager for the Automobile Club of Michigan.

In his report, the officer said Mrs. Bowling, driving south on S. Main St., acted with alertness to avert what might have been an injury to a small boy.

A woman with, a child ran east

across Main St., just beating the light change. Traffic was about to ; start up when Mrs. Bowling, in the inner lane, noticed a small boy dart out of Cunningham’s Drug Store, calling to his mother who had just crossed. The car in the right lane drove ahead, narrowly missing the boy. Mrs. Bowling, who had started her car, stopped promptly and held up traffic until the mother and boy were together.

Saffian won the second commendation after being cited by Officer Walter Dedula at 2 p.m. yesterday at 340 E. Huron St.

He stopped his car in heavy traffic to assist a motorist having extreme difficulty in getting out of a parking space, sacrificing his own time when he could have ignored the other motorist’s problem.