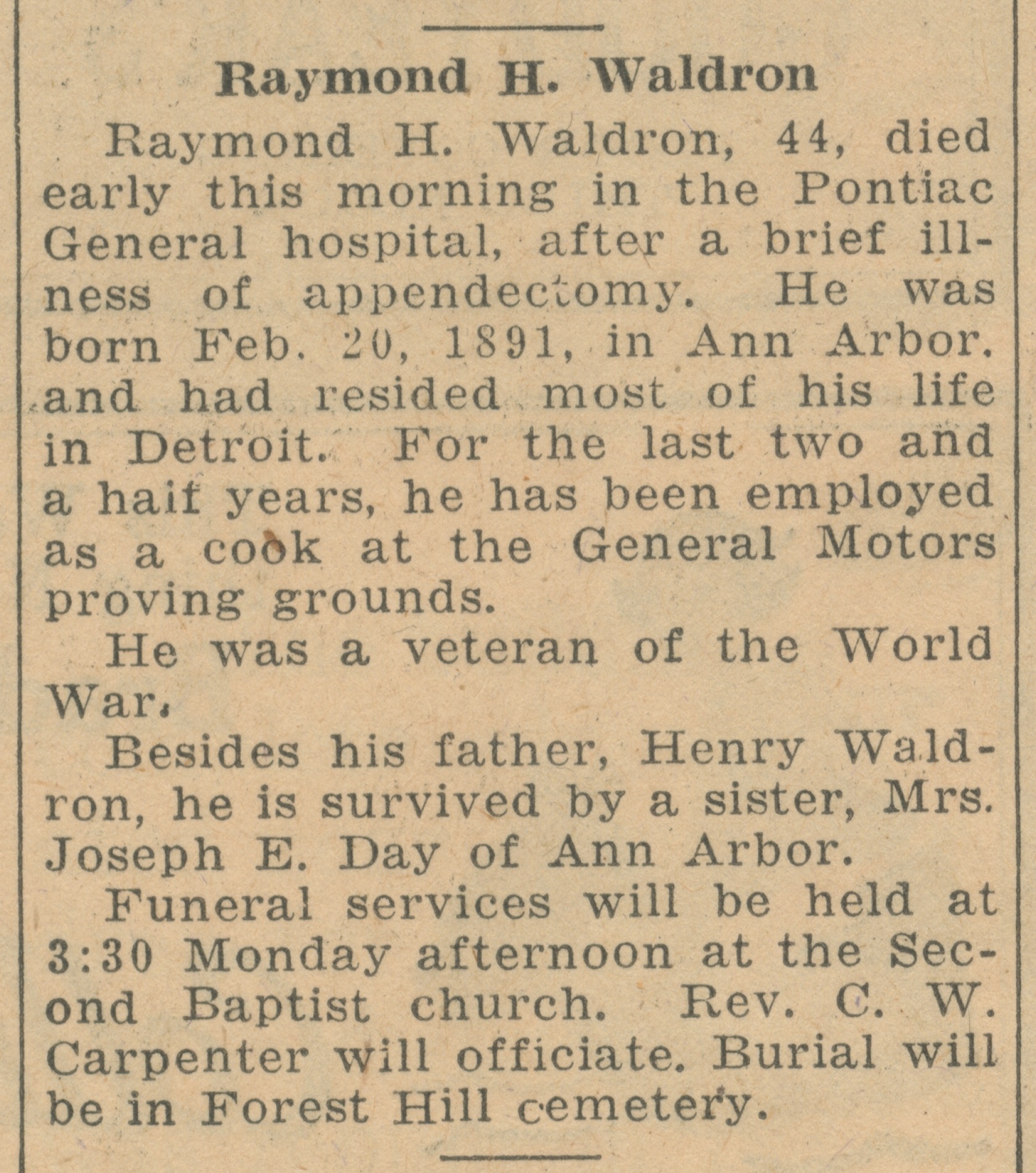 Raymond H. Waldron, 44, died early this morning in the Pontiac General hospital, after a brief illness of appendectomy. He was born Feb. 20, 1891, in Ann Arbor, and had resided most of his life in Detroit. For the last two and a half years, he has been employed as a cook at the General Motors proving grounds.

He was a veteran of the World War.

Besides his father, Henry Waldron, he is survived by a sister, Mrs. Joseph E. Day of Ann Arbor.

Funeral services will be held at 3:30 Monday afternoon at the Second Baptist church. Rev. C. W. Carpenter will officiate. Burial will be in Forest Hill cemetery.