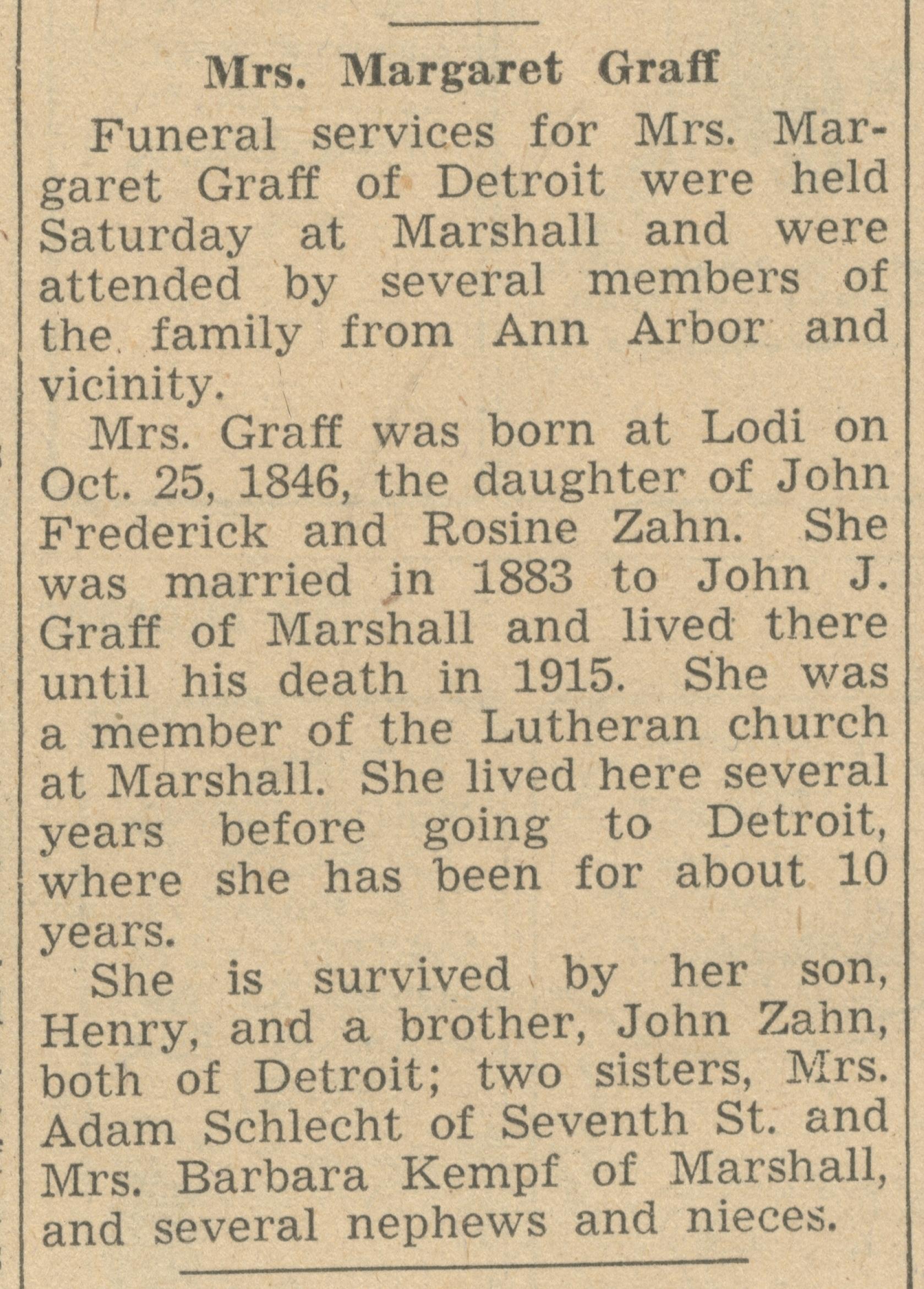 Funeral services for Mrs. Margaret Graff of Detroit were held Saturday at Marshall and were attended by several members of the family from Ann Arbor and vicinity.
Mrs. Graff was born at Lodi on Oct. 25, 1846, the daughter of John Frederick and Rosine Zahn. She was married in 1883 to John J. Graff of Marshall and lived there until his death in 1915. She was a member of the Lutheran church at Marshall. She lived here several years before going to Detroit, where she has been for about 10 years.
She is survived by her son, Henry, and a brother, John Zahn, both of Detroit; two sisters, Mrs. Adam Schlecht of Seventh St. and Mrs. Barbara Kempf of Marshall, and several nephews and nieces.