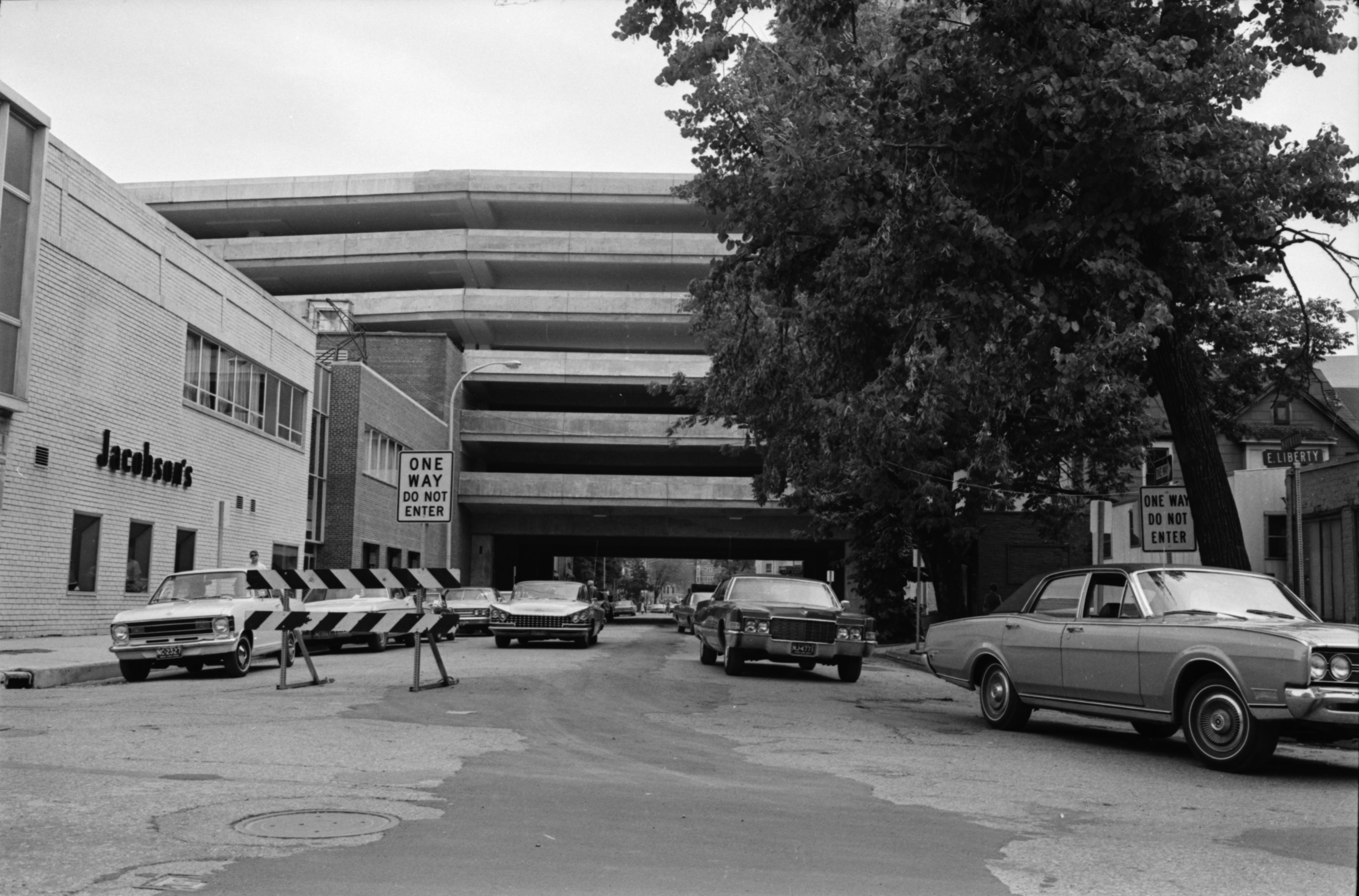 Published In
Ann Arbor News, July 18, 1969
Caption
Traffic is moving again under the Maynard St. carport addition one way from south to north between E. William and E. Liberty, which is the reverse of the previous pattern before the street was closed. The permanent move which went into effect on Wednesday, is an effort to eliminate the bottleneck on William between Maynard and State, according to John Robbins, director of parking and traffic engineering. The six-story addition, which extends over Jacobson's department store, will provide parking for an additional 284 cars.
Month
July
Year
1969
Rights Held By
Donated by the Ann Arbor News. © The Ann Arbor News.
Copyright
Copyright Protected