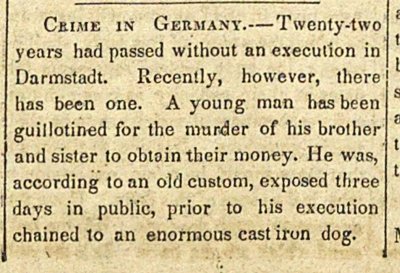 - Twenty-twoyears had passed without an execulion in Darmstadt. Recently, however, there ios been one. A young man has been guillotined for the murder of his brother and sister to obtointhcir money. He was, according to an old custom, exposed tfiree dnys in public, prior to his execution chained to an enormous cast iron dog.