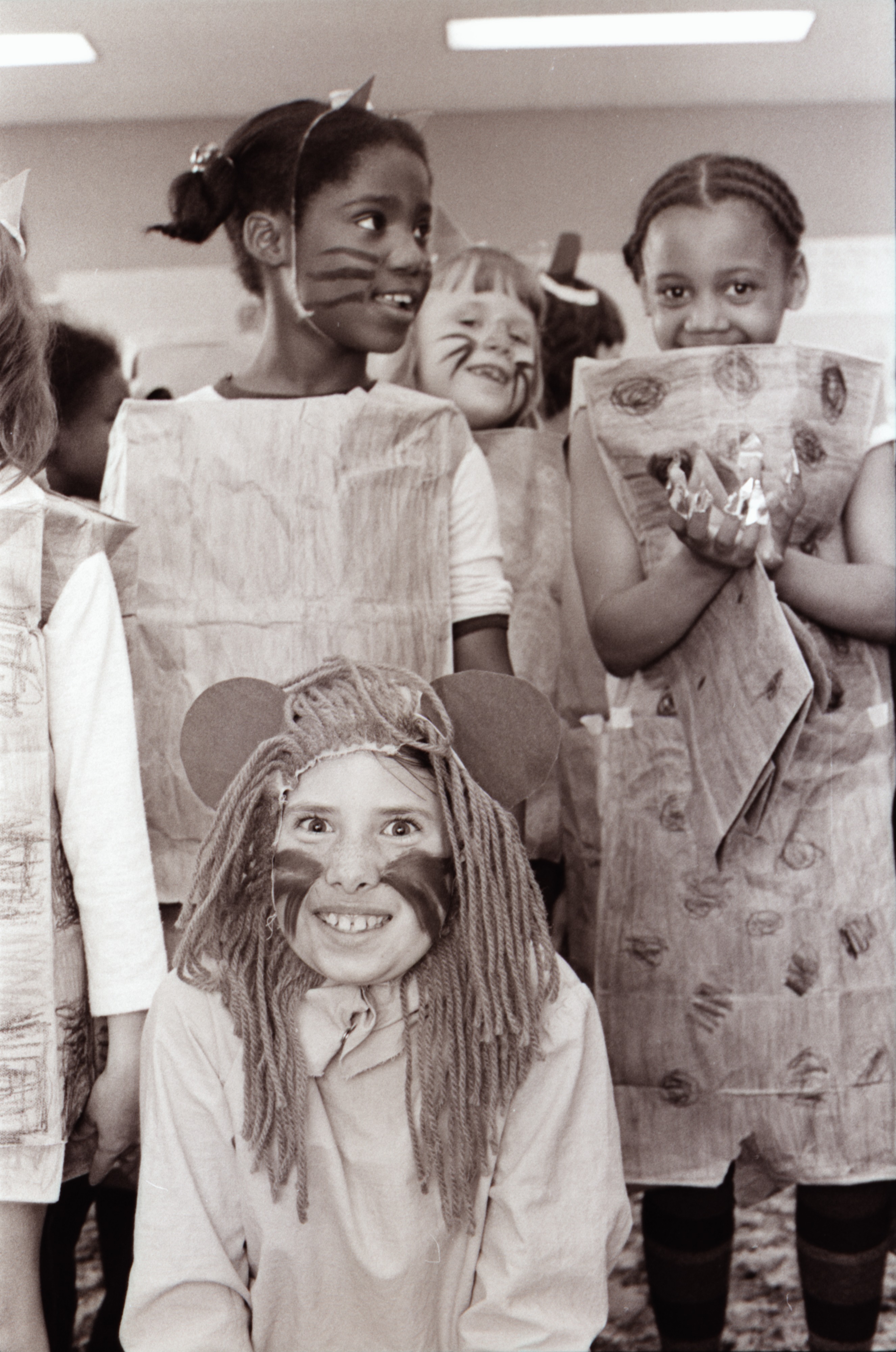 Published In
Ann Arbor News, May 27, 1978
Caption
Third graders in Dee Street's class at Dicken Elementary School learned about animals from inside out Friday. The children were ending a science unit where they chose an animal they wanted to learn about, researched its eating, sleeping and living habits and made their own costumes to become the animals they had studied. The group of cats at right [this photo] are Heide Hosner at the bottom, Nicole Perry, top left, Teri Fontana center and Cassandra Ross, top right. Jack Bryan's costume, above, so frightened News Photographer Larry Wright that he switched to a long-distanced lens and did not get a species identification. However, New Outdoor Editor Doug Fulton says the critter might be a mouse.
Month
May
Year
1978
Rights Held By
Donated by the Ann Arbor News. © The Ann Arbor News.
Copyright
Copyright Protected