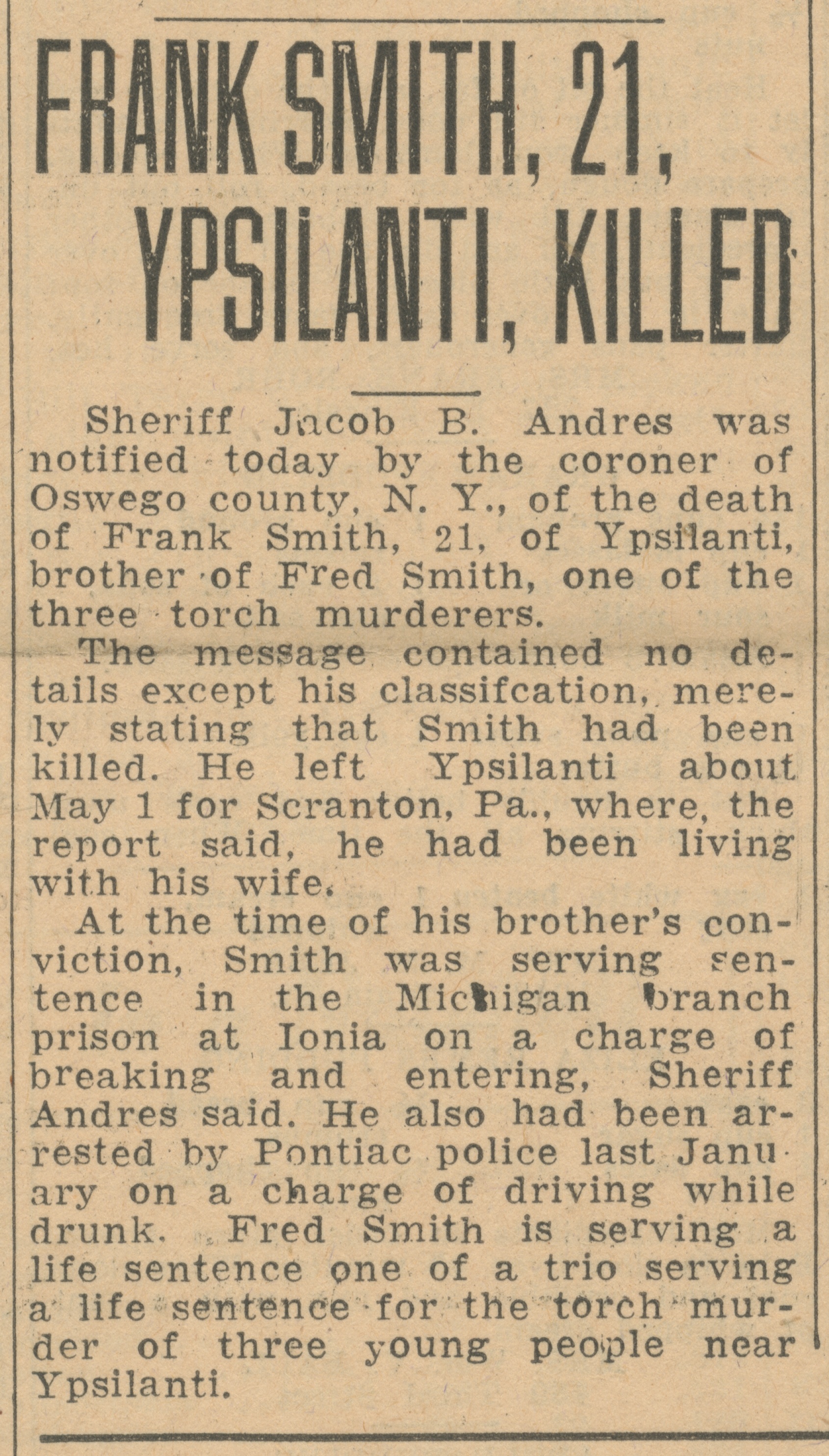 Sheriff Jacob B. Andres was notified today by the coroner of Oswego county, N. Y., of the death of Frank Smith 21, of Ypsilanti, brother of Fred Smith, one of the three torch murderers.
The message contained no details except his classification, merely stating that Smith had been killed. He left Ypsilanti about May 1 for Scranton, Pa., where, the report said, he had been living with his wife.
At the time of his brother's conviction, Smith was serving sentence in the Michigan branch prison at Ionia on a charge of breaking and entering, Sheriff Andres said. He also had been arrested by Pontiac police last January on a charge of driving while drunk. Fred Smith is serving a life sentence one of a trio serving a life sentence for the torch murder of three young people near Ypsilanti.