Ann Arbor News Carrier Collects The Most Funds in the Fight Against Polio, January 1949 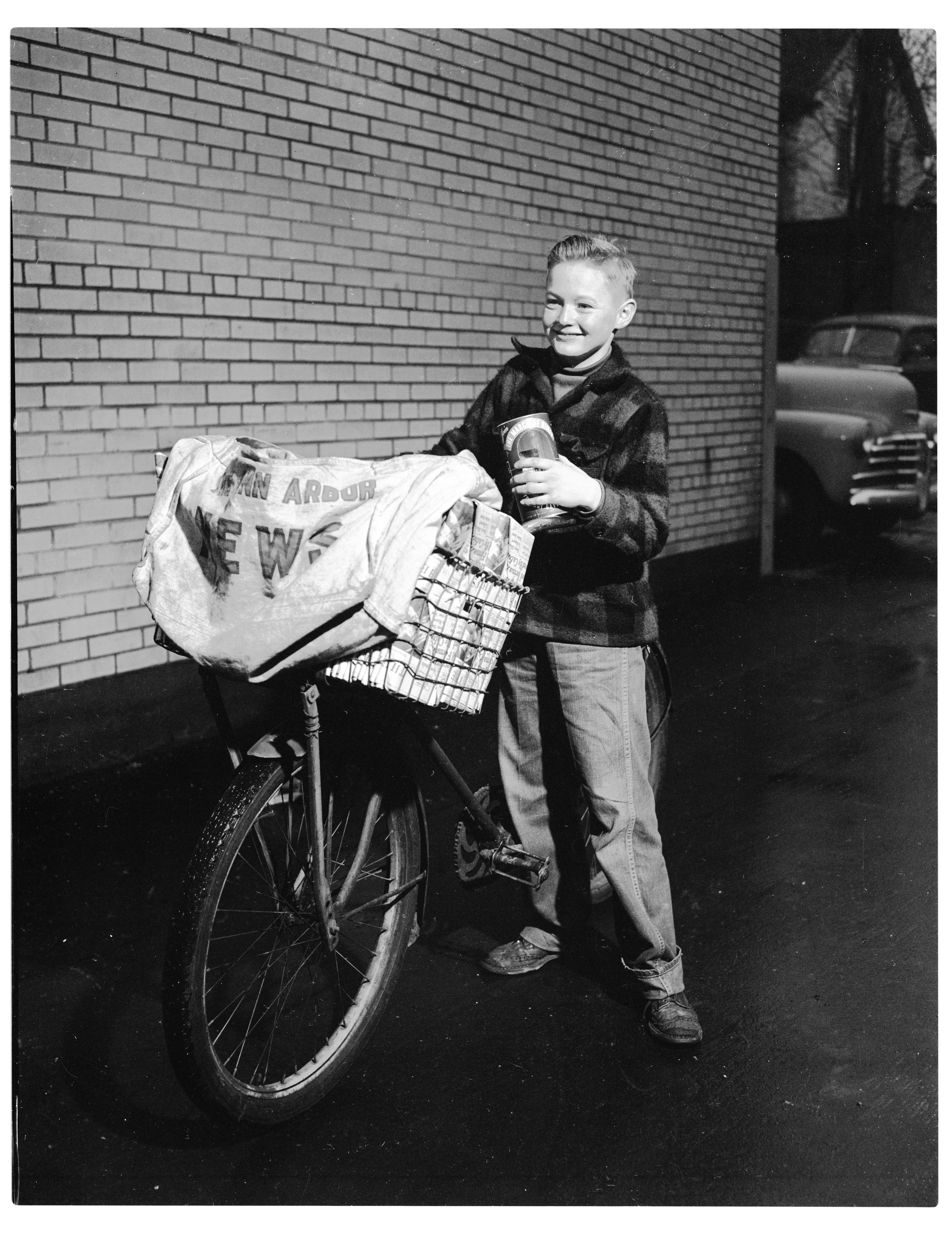 Published In
Ann Arbor News, January 26, 1949
Caption
Helps March Of Dimes - George Anderson, 232 Murray Ave., wears a big smile as he holds the March of Dimes canister which he filled so quickly and well that he won a five-dollar prize from Stofflet News Co. George collected $42.77 for the March of Dimes campaign in the space of three hours and thereby topped all 22 of his newsboy friends who were in the contest. He thinks his collection will help March of Dime campaigners who are raising money for the fight against infantile paralysis.
Month
January
Year
1949
Rights Held By
Donated by the Ann Arbor News. © The Ann Arbor News.
Copyright
Copyright Protected