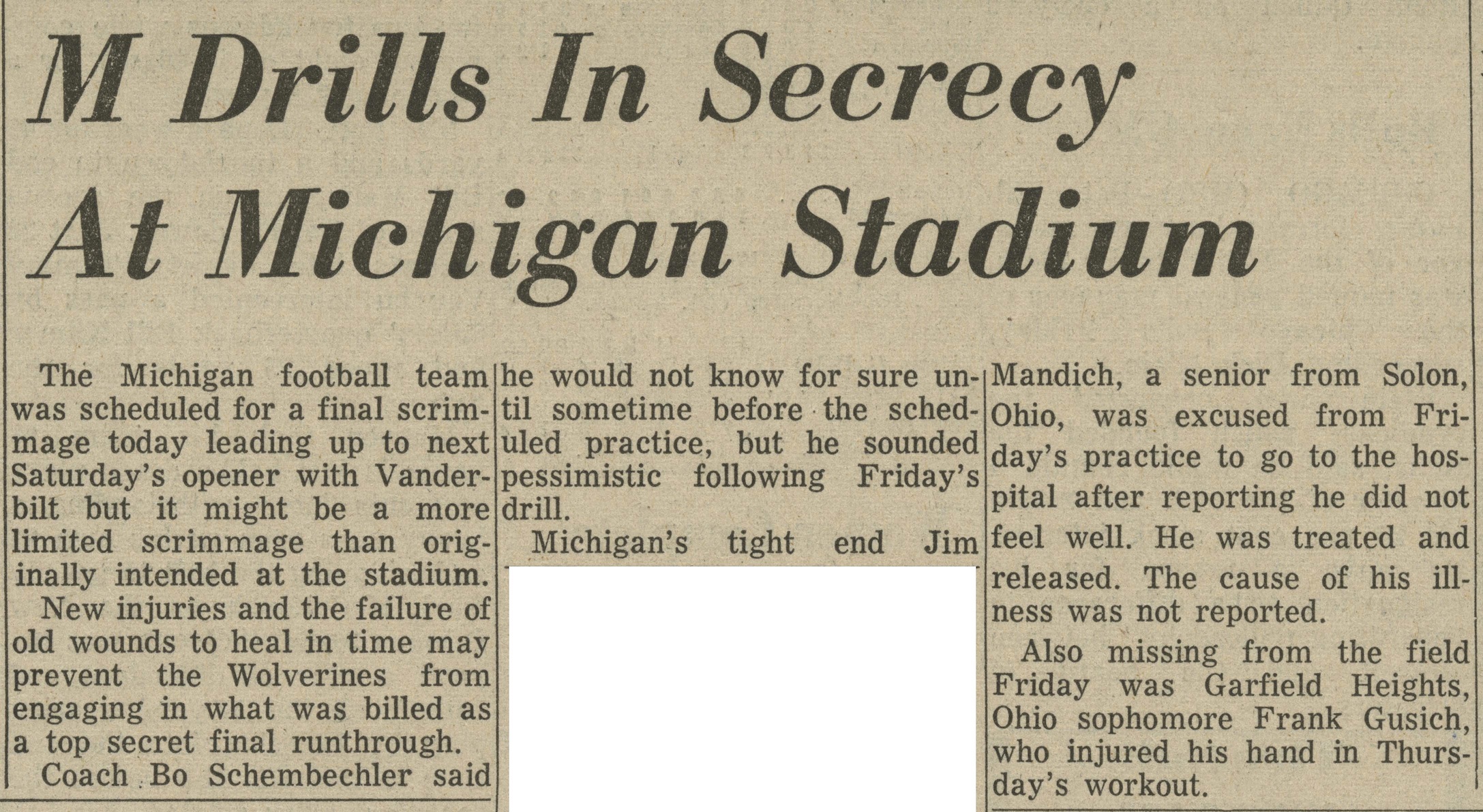 The Michigan football team was scheduled for a final scrimmage today leading up to next Saturday's opener with Vanderbilt but it might be a more limited scrimmage than originally intended at the stadium. New injuries and the failure of old wounds to heal in time may prevent the Wolverines from engaging in what was billed as a top secret final runthrough. Coach Bo Schembechler said he would not know for sure until sometime before the scheduled practice, but he sounded pessimistic following Friday's drill. Michigan's tight end Jim Mandich, a senior from Solon, Ohio, was excused from Friday's practice to go to the hospital after reporting he did not feel well. He was treated and released. The cause of his illness was not reported. Also missing from the field Friday was Garfield Heights, Ohio sophomore Frank Gusich, who injured his hand in Thursday's workout.