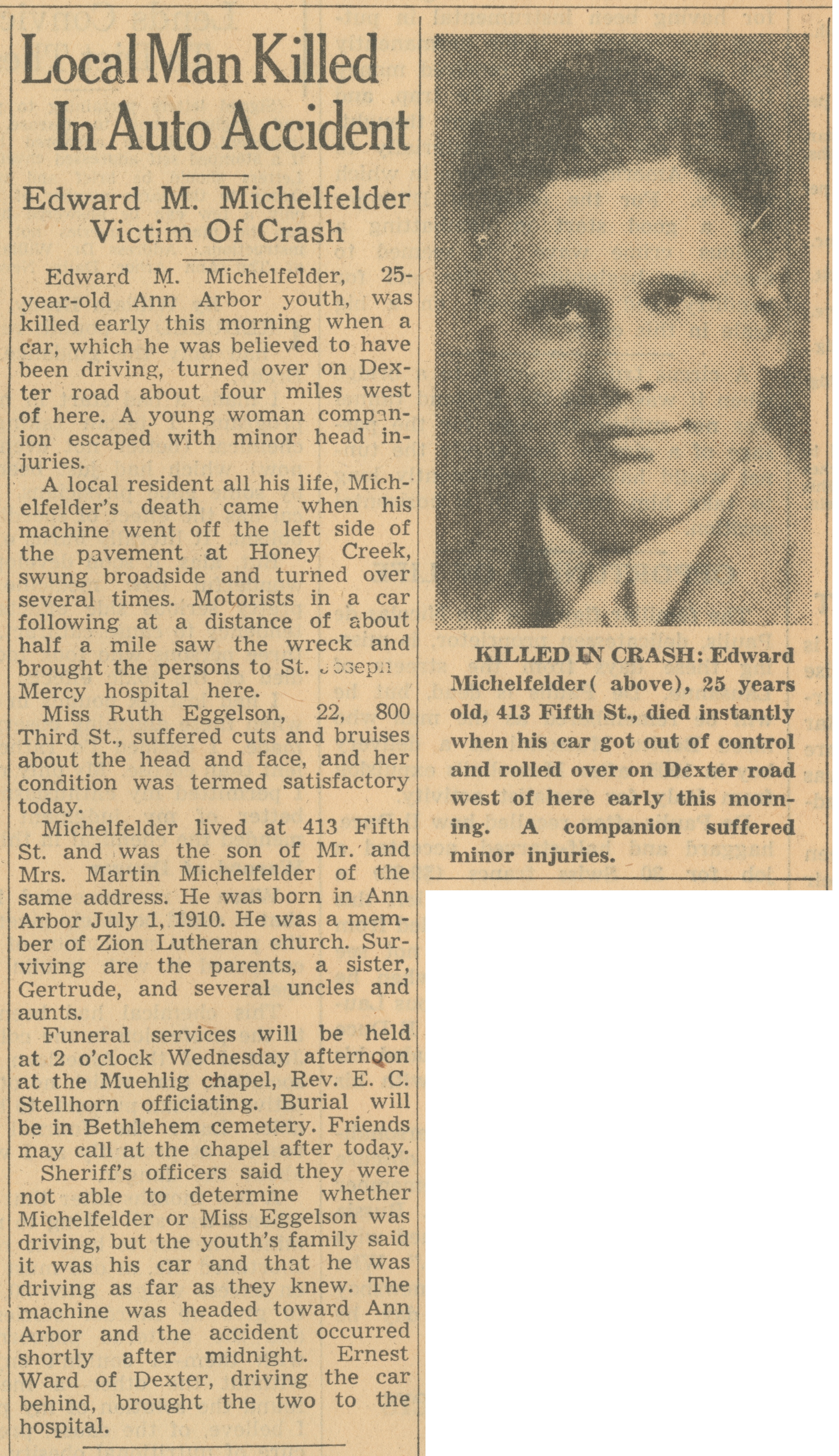 Edward M. Michelfelder Victim of Crash
Edward M. Michelfelder, 25-year-old Ann Arbor youth, was killed early this morning when a car, which he was believed to have been driving, turned over on Dexter road about four miles west of here. A young woman companion escaped with minor head injuries.
A local resident all his life, Michelfelder's death came when his machine went off the left side of the pavement at Honey Creek, swung broadside and turned over several times. Motorists in a car following at a distance of about half a mile saw the wreck and brought the persons to St. Joseph Mercy hospital here.
Miss Ruth Eggelson, 22, 800 Third St., suffered cuts and bruises about the head and face, and her condition was termed satisfactory today.
Michelfelder lived at 413 Fifth St. and was the son of Mr. and Mrs. Martin Michelfelder of the same address. He was born in Ann Arbor July 1, 1910. He was a member of Zion Lutheran church. Surviving are the parents, a sister, Gertrude, and several uncles and aunts.
Funeral services will be held at 2 o'clock Wednesday afternoon at the Muehlig chapel, Rev. E. C. Stellhorn officiating. Burial will be in Bethlehem cemetery. Friends may call at the chapel after today.
Sheriff's officers said they were not able to determine whether Michelfelder or Miss Eggelson was driving, but the youth's family said it was his car and that he was driving as far as they knew. The machine was headed toward Ann Arbor and the accident occurred shortly after midnight. Ernest Ward of Dexter, driving the car behind, brought the two to the hospital.

KILLED IN CRASH: Edward Michelfelder (above), 25 years old, 413 Fifth St., died instantly when his car got out of control and rolled over on Dexter road west of here early this morning. A companion suffered minor injuries.