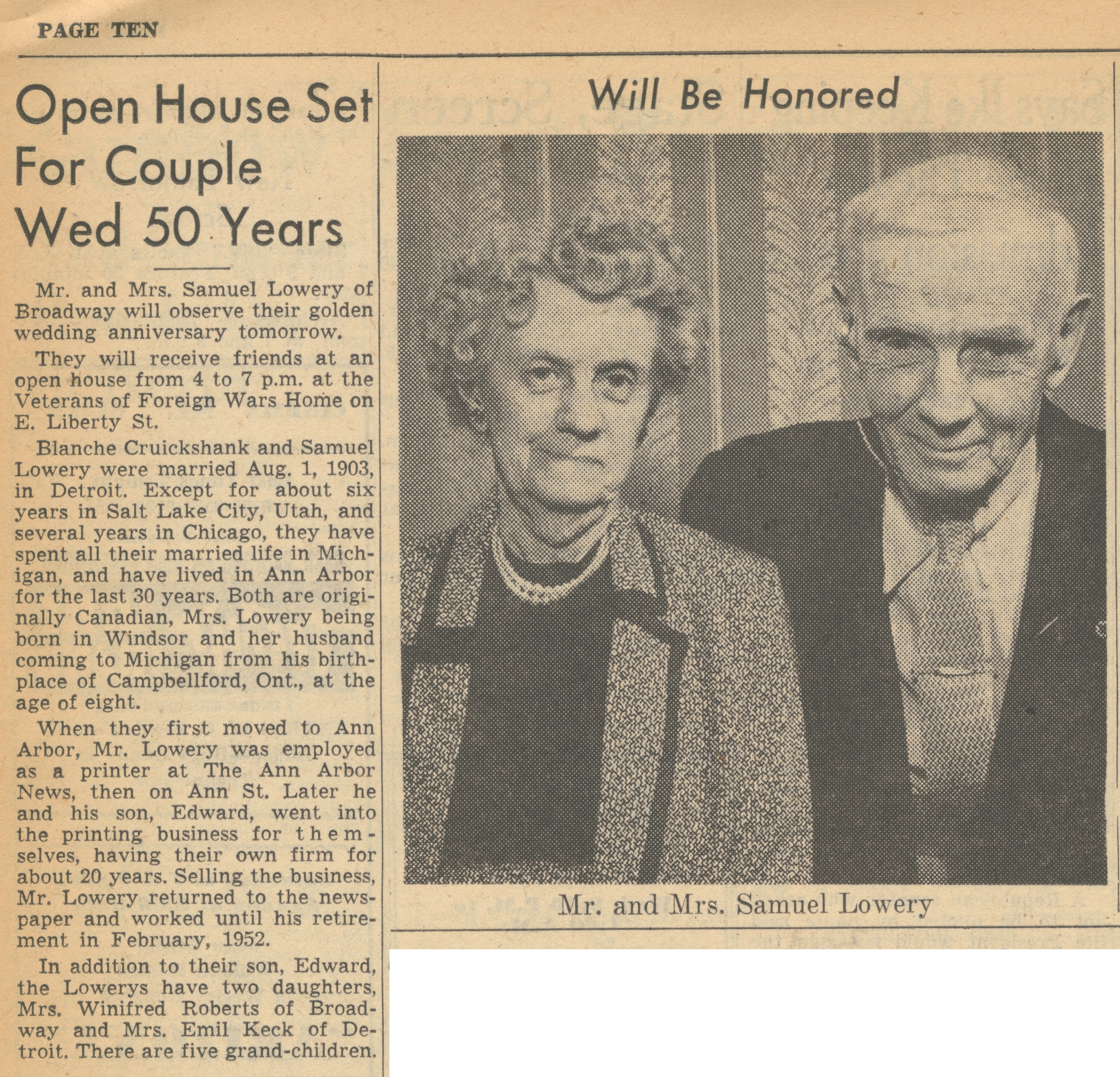 They will receive friends at an open house from 4 to 7 p.m. at the Veterans of Foreign Wars Home on E. Liberty St.

Blanche Cruickshank and Samuel Lowery were married Aug. 1, 1903, in Detroit. Except for about six years in Salt Lake City, Utah, and several years in Chicago, they have spent all their married life in Michigan, and have lived in Ann Arbor for the last 30 years. Both are originally Canadian, Mrs. Lowery being born in Windsor and her husband coming to Michigan from his birthplace of Campbellford, Ont., at the age of eight.

When they first moved to Ann Arbor, Mr. Lowery was employed as a printer at The Ann Arbor News, then on Ann St. Later he and his son, Edward, went into the printing business for themselves, having their own firm for about 20 years. Selling the business, Mr. Lowery returned to the newspaper and worked until his retirement in February, 1952.

In addition to their son, Edward, the Lowerys have two daughters, Mrs. Winifred Roberts of Broadway and Mrs. Emil Keck of Detroit. There are five grand-children.