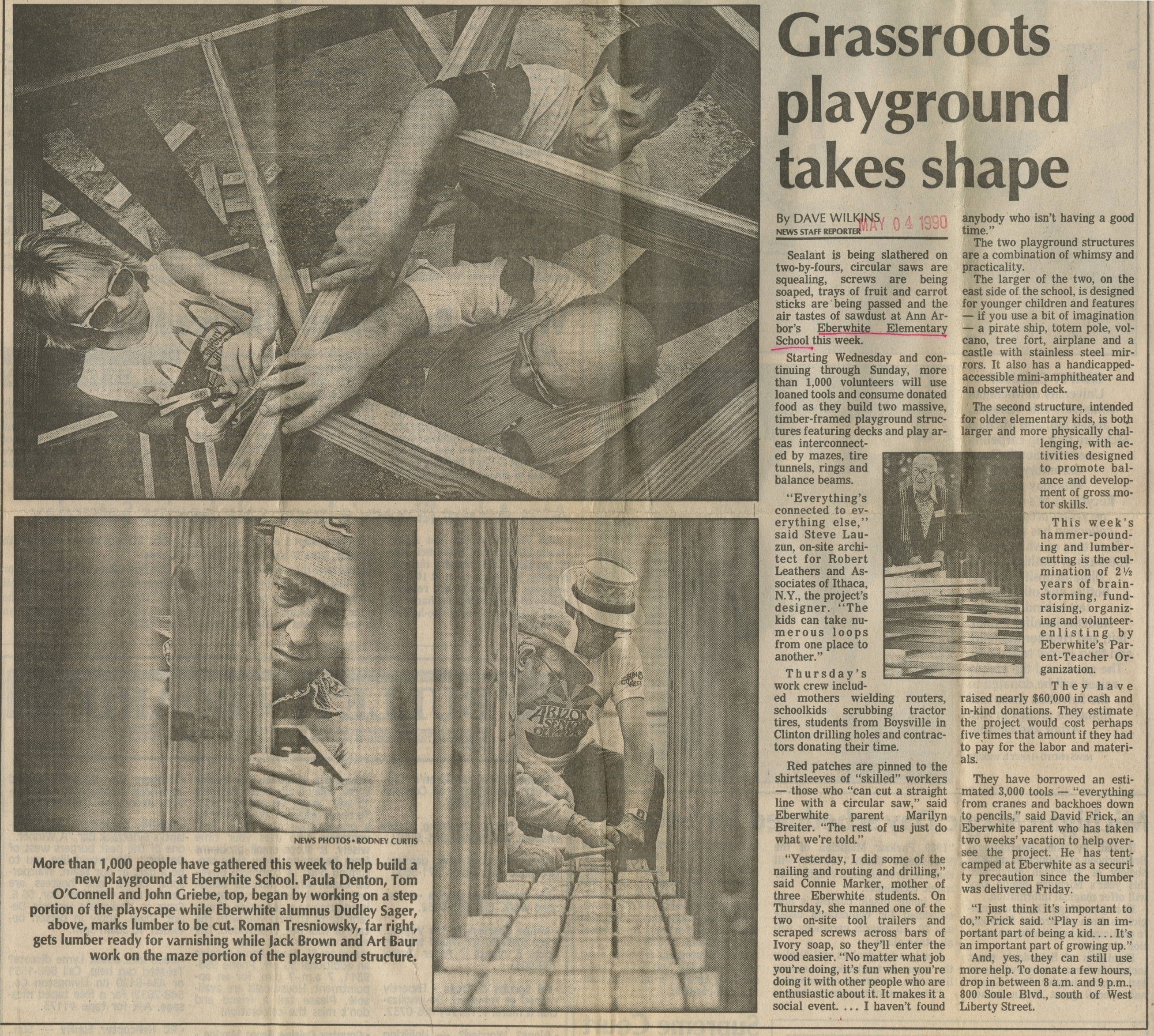 Sealant is being slathered on two-by-fours, circular saws are squealing, screws are being soaped, trays of fruit and carrot sticks are being passed and the air tastes of sawdust at Ann Arbor's Eberwithe Elementary School this week.

"Everything's connected to everything else," said Steve Lauzun, on-site architect for Robert Leathers and Associates of Ithakca, N.Y., the project's designer. "The kids can take numerous loops from one place to another."

"Yesterday, I did some of the nailing and routing and drilling," said Connie Marker, mother of three Eberwhite students. On Thursday, she manned one ofthe two on-site tool trailers and scraped screws across bars of Ivory soap, so they'll enter the wood easier. "No matter what job you're doing, it's fun when you're doing it with other people who are enthusiastic about it. It makes it a social event. ... I haven't found anybody who isn't having a good time."

The two playground structures are a combination of whimsey and practicality.

The larger of the two, on the east side of the school, is designed for younger children and features -- if you use a bit of imagination -- a pirate ship, totem pole, volcano, tree fort, airplane and a castle with stainless steel mirrors. It also has a handicapped-accessible mini-amphitheater and an observation deck.

The second structure, intended for older elementary kids, is both larger and more physically challenging, with activities designed to promote balance and development of gross motor skills.

This week's hammer-pounding and lumber-cutting is the culmination of 2 1/2 years of brainstorming, fundraising, organizing and volunteer-enlisting by Eberwhite's Parent-Teacher Organization.

They have raised nearly $60,000 in cash and in-kind donations. They have borrowed an estimated 3,000 tools - "everything from cranes and backhoes down to pencils," said David Frick, an Eberwhite parent who has tent-camped at Eberwhite as a security precaution since the lumber was delivered Friday.