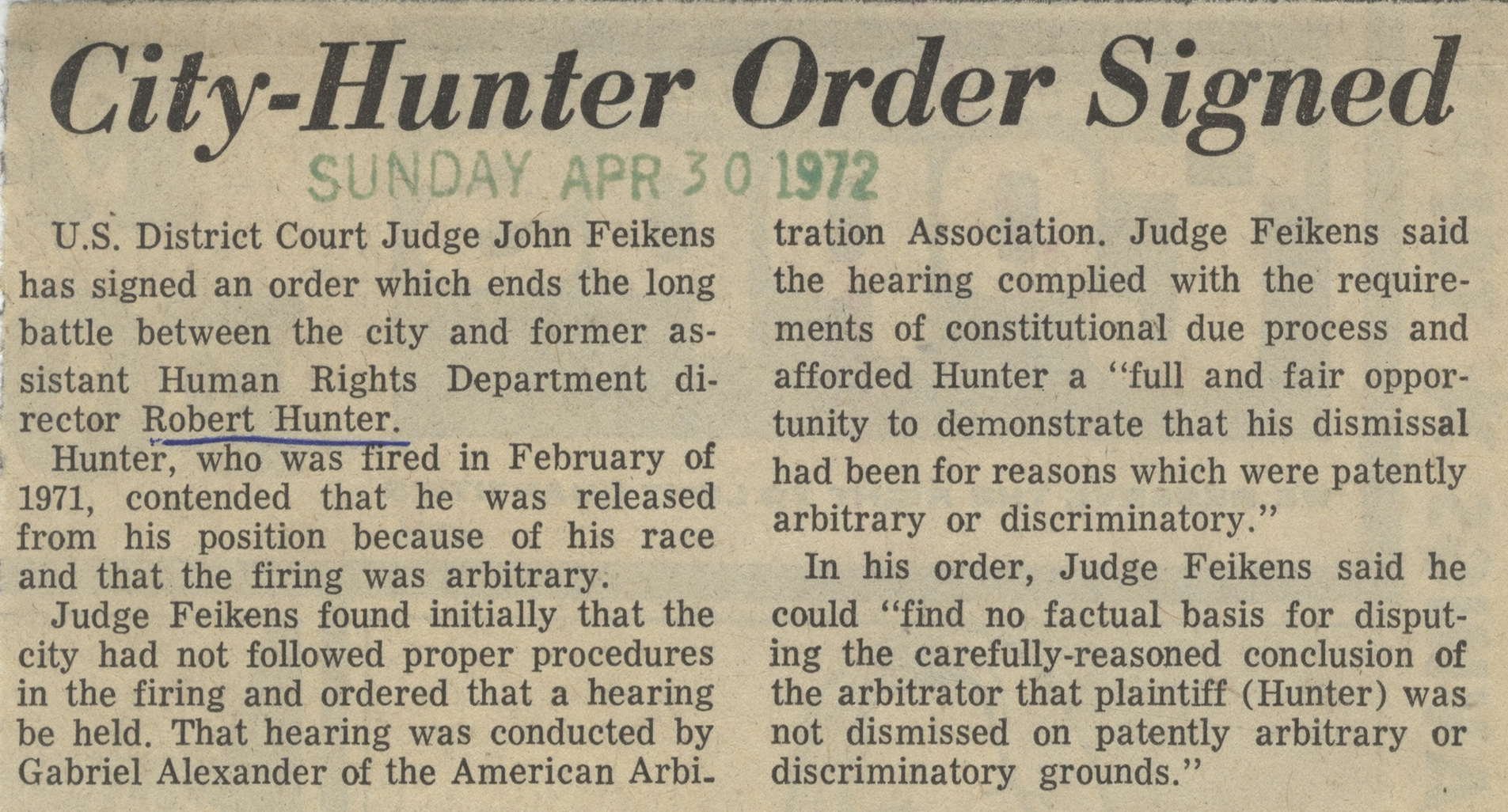 Hunter, who was fired in February of 1971, contended that he was released from his position because of his race and that the firing was arbitrary.

Judge Feikens found initially that the city had not followed proper procedures in the firing and ordered that a hearing be held. That hearing was conducted by Gabriel Alexander of the American Arbitration Association. Judge Feikens said the hearing complied with the requirements of constitutional due process and afforded Hunter a “full and fair opportunity to demonstrate that his dismissal had been for reasons which were patently arbitrary or discriminatory.”

In his order, Judge Feikens said he could “find no factual basis for disputing the carefully-reasoned conclusion of the arbitrator that plaintiff (Hunter) was not dismissed on patently arbitrary or discriminatory grounds.”