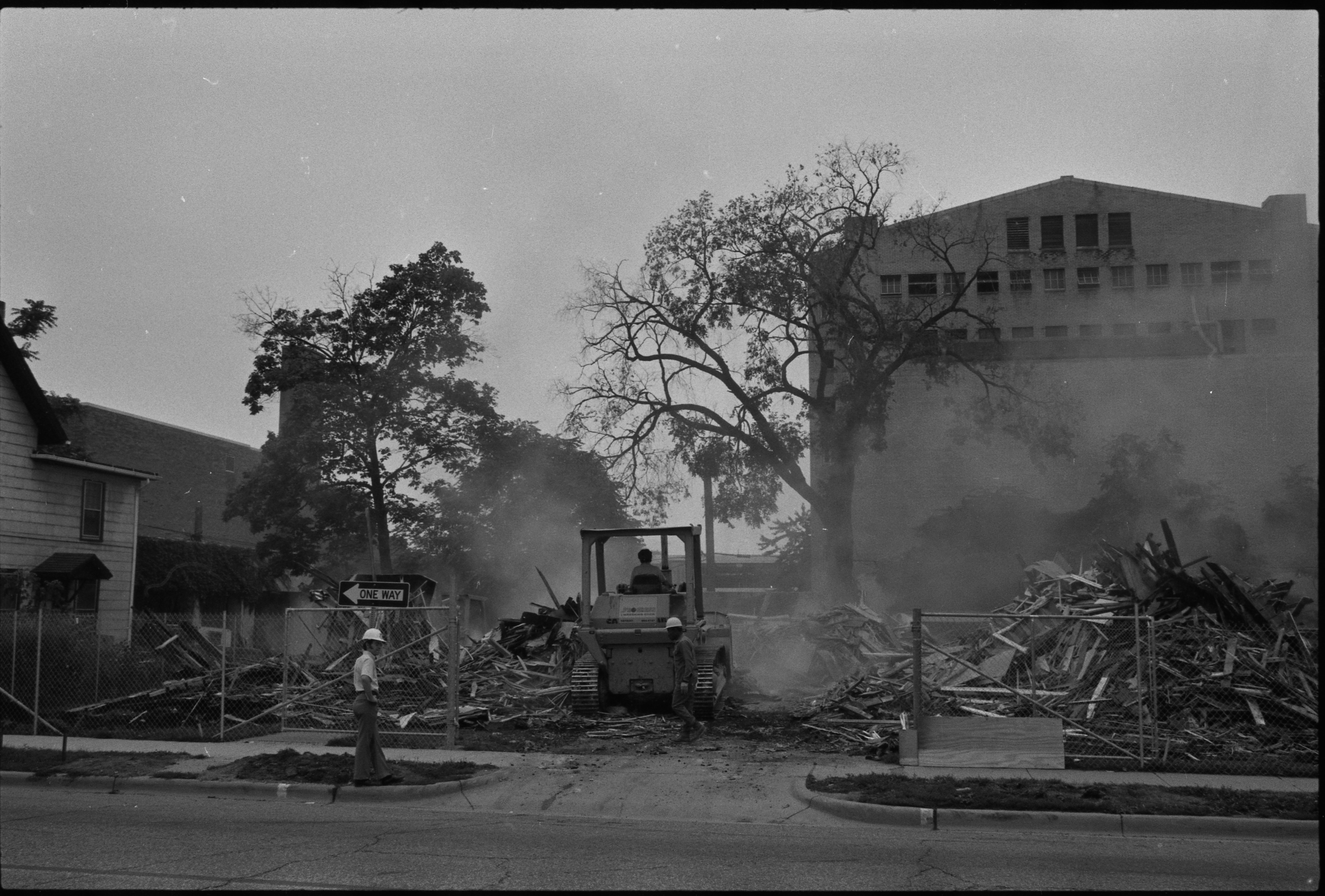 Published In
Ann Arbor News, September 4, 1975
Caption
They Paved Paradise . . . A wrecking crew works amid the rubble of what used to be a house at 326 S. Fifth Ave. as demolition work get underway on the site of a federal building for Ann Arbor. The house, which used to hold a law office and several apartments, was the last building to be acquired by the U.S. government in preparation for the $4 million federal building in the block bounded by S. Fifth and S. Fourth avenues, E. Liberty and E. William streets. Until yesterday the house sported a sign which borrowed lyrics from as ong to proclaim, "They paved paradise and put up a parking lot." Demolition work was begun today on the Masonic Temple in the background. Related Story on Page 1.
Year
1975
Month
September
Rights Held By
Donated by the Ann Arbor News. © The Ann Arbor News.
Copyright
Copyright Protected