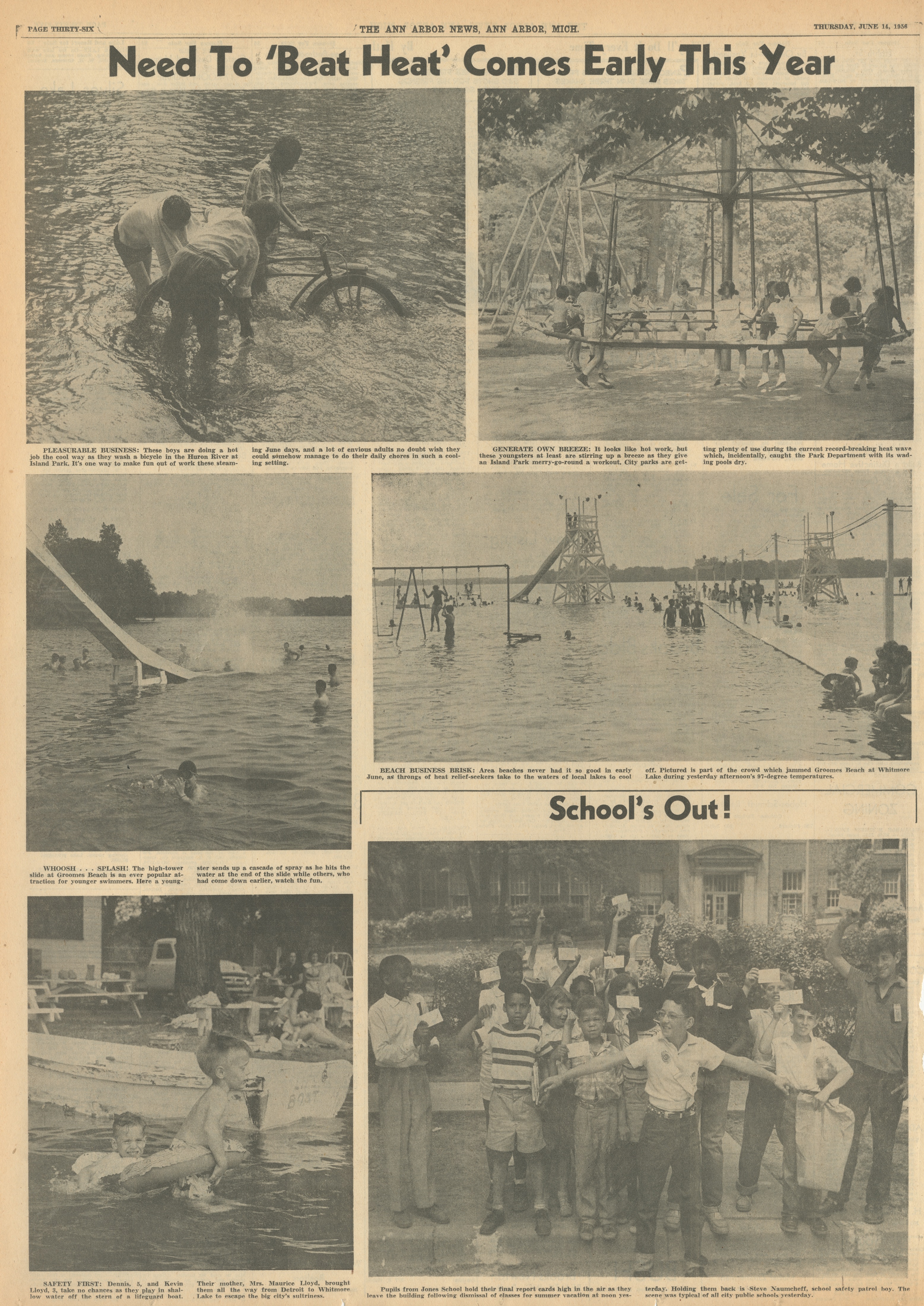 PLEASURABLE BUSINESS: These boys are doing a hot job the cool way as they wash a bicycle in the Huron River at Island Park. It’s one way to make fun out of work these steaming June days, and a lot of envious adults no doubt wish they could somehow manage to do their daily chores in such a cooling setting.

GENERATE OWN BREEZE: It looks like hot work, but these youngsters at least are stirring up a breeze as they give an Island Park merry-go-round a workout. City parks are getting plenty of use during the current record-breaking heat wave which, incidentally, caught the Park Department with its wading pools dry.

WHOOSH . . . SPLASH! The high-tower slide at Groomes Beach is an ever popular attraction for younger swimmers. Here a youngster sends up a cascade of spray as he hits the water at the end of the slide while others, who had come down earlier, watch the fun.

BEACH BUSINESS BRISK: Area beaches never had it so good in early June, as throngs of heat relief-seekers take to the waters of local lakes to cool off. Pictures is part of the crowd which jammed Groomes Beach at Whitmore Lake during yesterday afternoon’s 97-degree temperatures.

SAFETY FIRST: Dennis, 5, and Kevin Lloyd, 3, take no chances as they play in shallow water off the stern of a lifeguard boat. Their mother, Mrs. Maurice Lloyd, brought them all the way from Detroit to Whitmore Lake to escape the big city’s sultriness.

Pupils from Jones School hold their final report cards high in the air as they leave the building following dismissal of classes for summer vacation at noon yesterday. Holding them back is Steve Naumcheff, school safety patrol boy. The scene was typical of all city public schools yesterday.