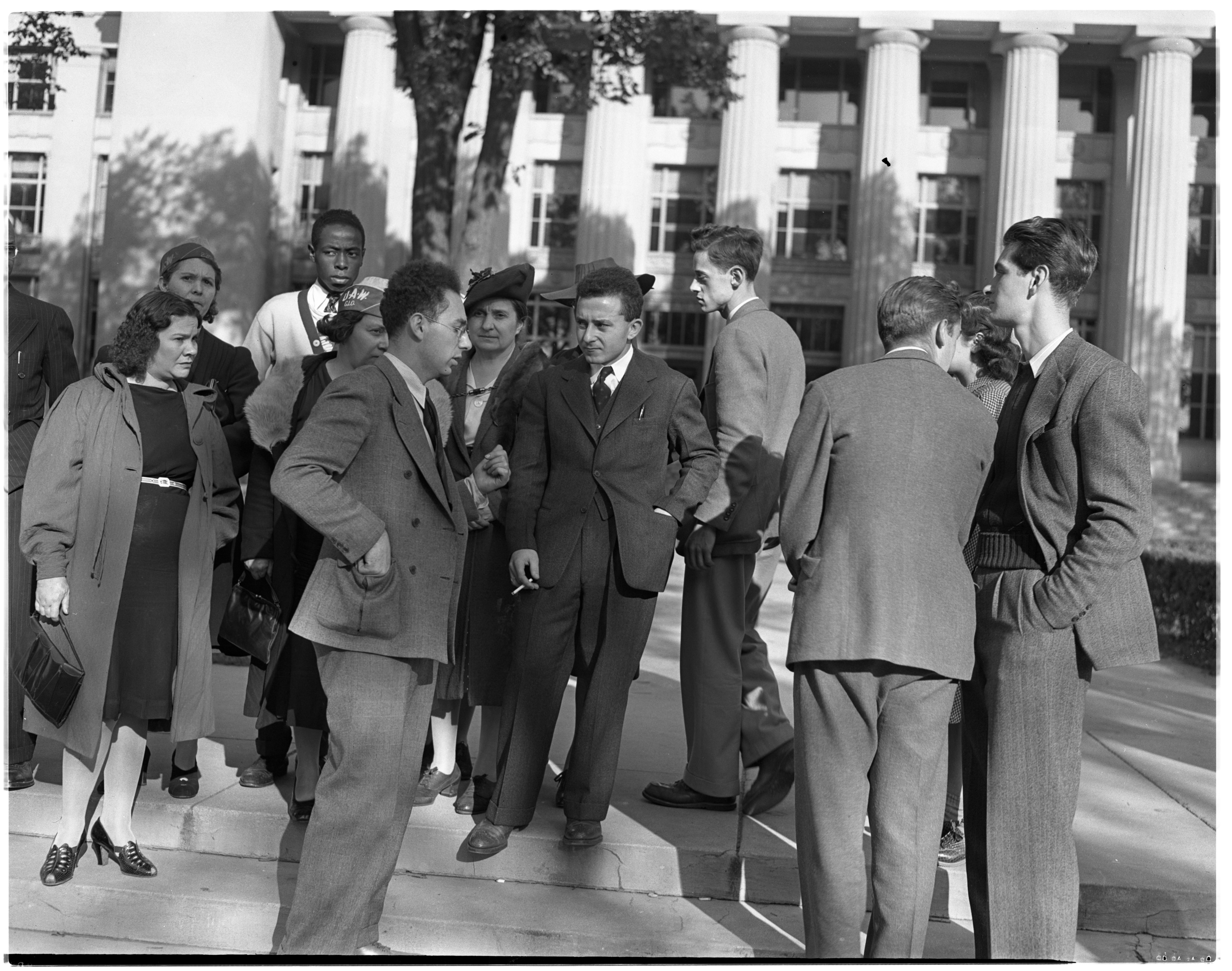 Published In
19400928
Caption
DEBARRED STUDENT AND FELLOW TRAVELERS: Supporters of Hugo M. Reichard, American Student Union leader, (the A.S.U. was described in a Dies committee report as a Communist "front"), who was invited "not to return" to the University of Michigan this fall, staged a typical Marxist method demonstration on the campus Friday afternoon when the unwelcome Reichard made an effort to register in the graduate school. Reichard is the dark-haired young man in the center of the group facing the camera. In keeping with the Marxist technique, women, Negroes and alleged labor representatives were included among the "pickets" who traveled in seven placarded automobiles. The group described themselves as representatives of the Michigan Committee for Academic Freedom.
Month
September
Year
1940
Rights Held By
Donated by the Ann Arbor News. © The Ann Arbor News.
Copyright
Copyright Protected