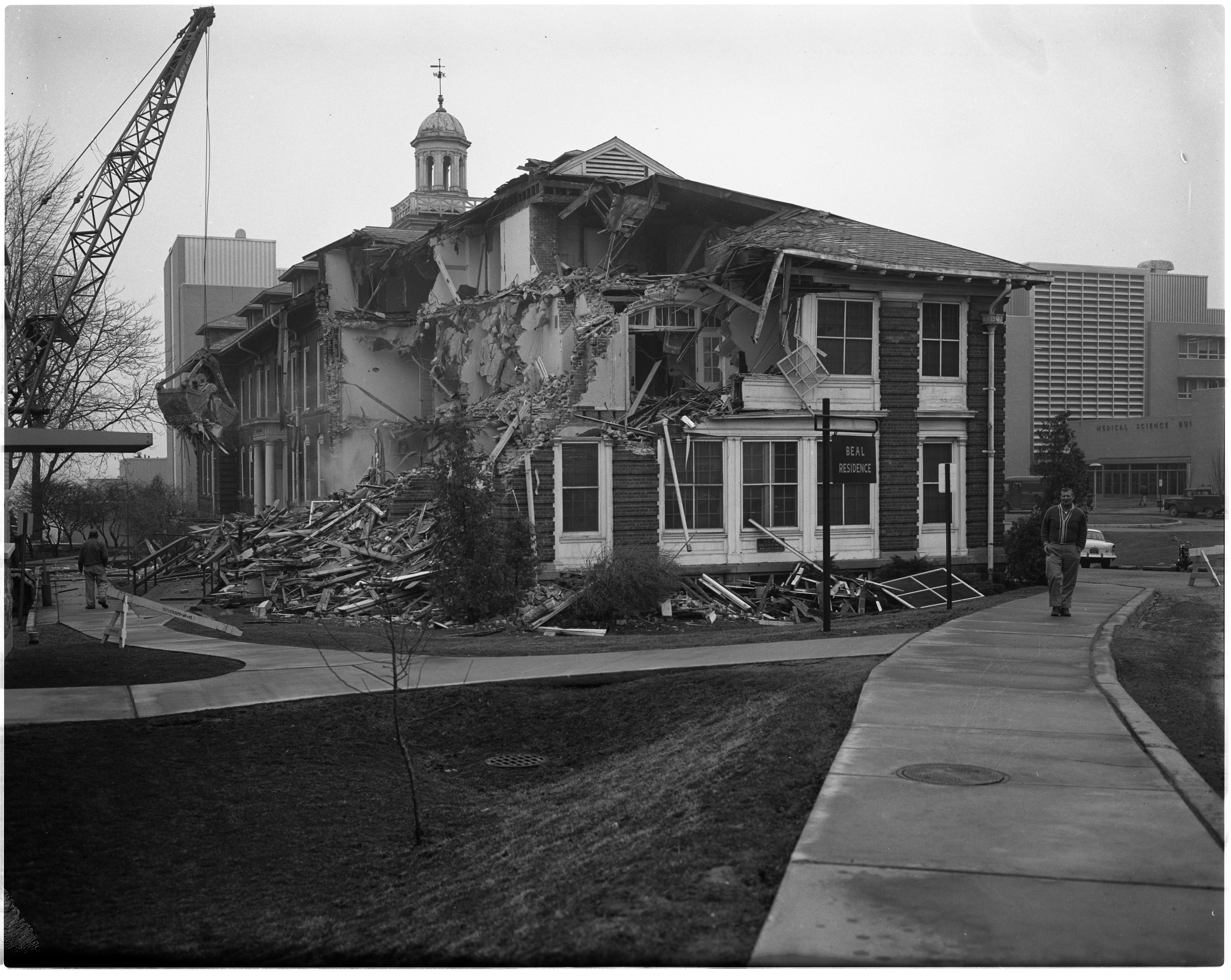 Published In
Ann Arbor News, April 6, 1965
Caption
Beal Residence Being Razed: Demolition of the University Medical Center's Beal Residence began this week. An addition to the Medical Sciences Building will be built in its place. The Beal Residence housed the first state psychopathic hospital in the nation to be created as an intergral part of a university. In recent years it has been used to house outpatients. The building was open Feb. 7, 1906, and was later named after Ella Travis Beal, wife of a U-M regent, who helped care for stricken students during the nation's severe influenza epidemic of 1918.
Month
April
Year
1965
Rights Held By
Donated by the Ann Arbor News. © The Ann Arbor News.
Copyright
Copyright Protected