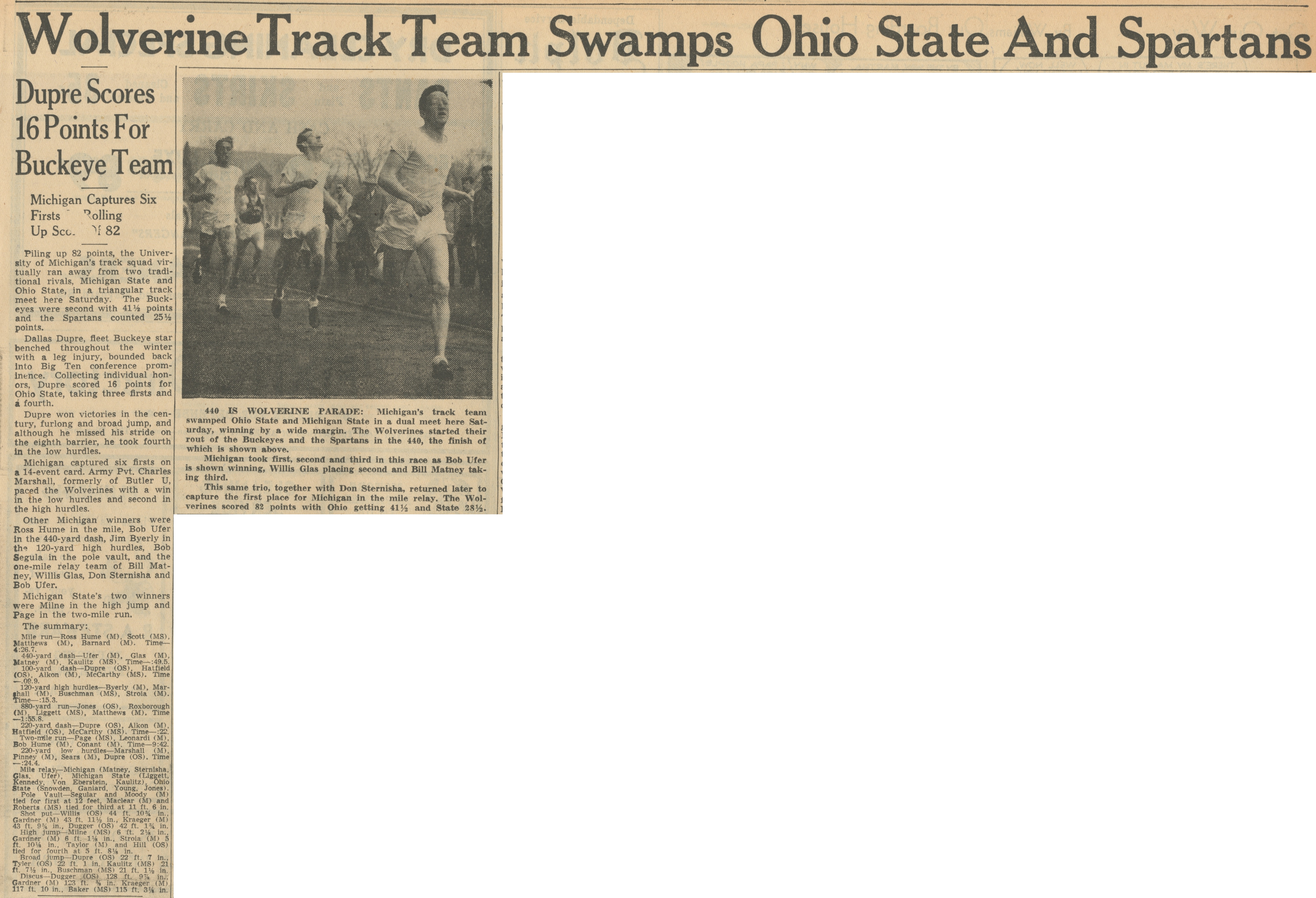 Piling up 82 points, the University of Michigan’s track squad virtually ran away from two traditional rivals, Michigan State and Ohio State, in a triangular track meet here Saturday. The Buckeyes were second with 41 1/2 points and the Spartans counted 25 1/2 points.

Dupre won victories in the century, furlong and broad jump, and although he missed his stride on the eighth barrier, he took fourth in the low hurdles.

Michigan captured six firsts on a 14-event card. Army Pvt. Charles Marshall, formerly of Butler U, paced the Wolverines with a win in the low hurdles and second in the high hurdles.

Other Michigan winners were Ross Hume in the mile, Bob Ufer in the 440-yard dash, Jim Byerly in the 120-yard high hurdles, Bob Segula in the pole vault, and the one-mile relay team of Bill Matney, Willis Glas, Don Sternisha and Bob Ufer.

Michigan State's two winners were Milne in the high jump and Page in the two-mile run.

440 IS WOLVERINE PARADE: Michigan's track team swamped Ohio State and Michigan State in a dual meet here Saturday, winning by a wide margin. The Wolverines started their rout of the Buckeyes and the Spartans in the 440, the finish of which is shown above.

This same trio, together with Don Sternisha, returned later to capture the first place for Michigan in the mile relay. The Wolverines scored 82 points with Ohio getting 41 1/2 and State 28 1/2.