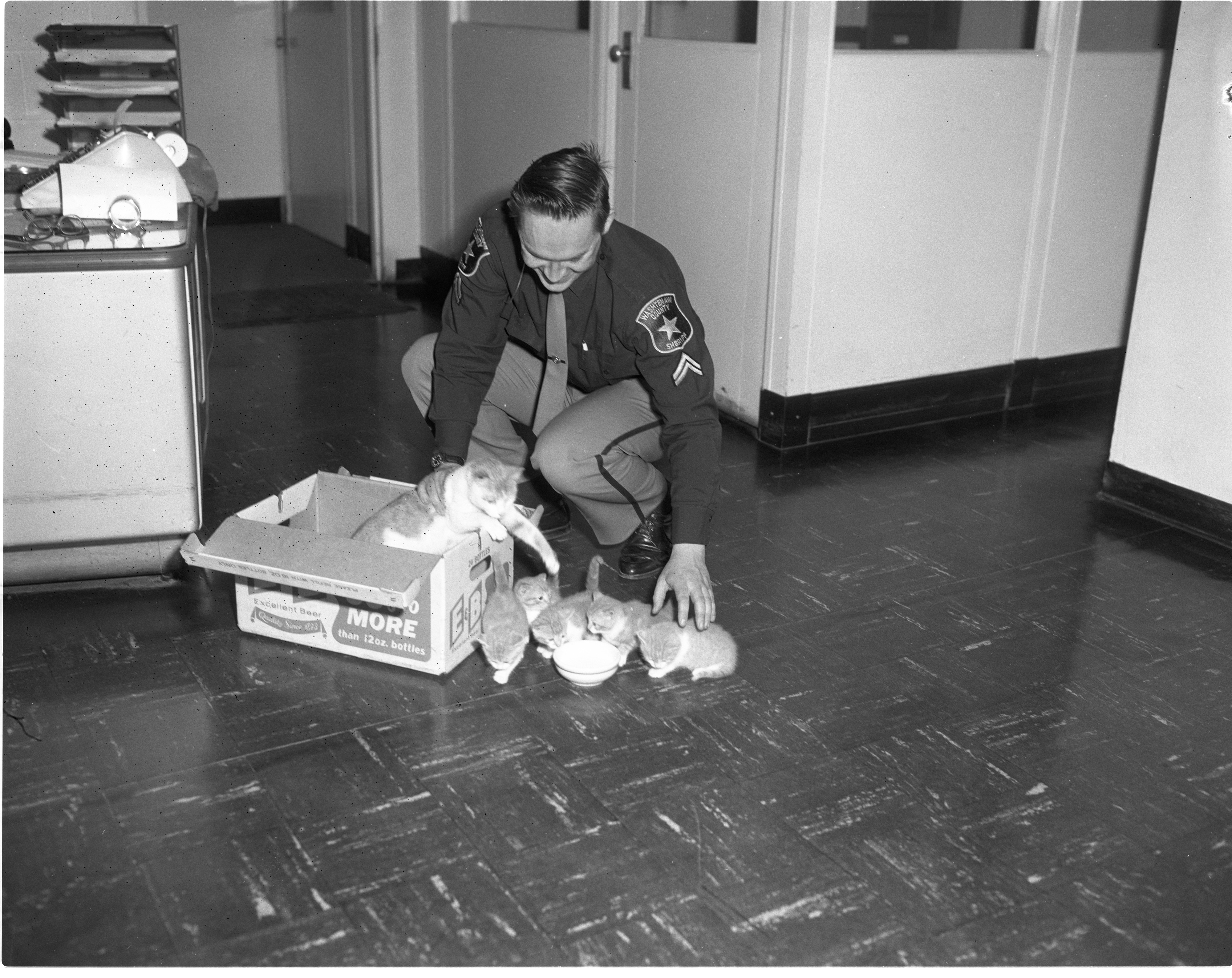 Published In
Ann Arbor News, March 7, 1966
Caption
Sheriff's Department Cpl. David B. Severance holds a mother cat as she stretches a paw toward her young, scattered around their temporary home - a cardboard box. The parent cat and her five young ones were found in the box which had been placed in the front seat of a car parked in the 200 block of N. Main last night. The startled owner of the car brought the family to the County Jail and asked that the animals be cared for. Deputies took the cats to the Washtenaw County's Humane Society animal shelter on Cherry Hill Rd. where they will be put up for adoption later this week.
Month
March
Year
1966
Rights Held By
Donated by the Ann Arbor News. © The Ann Arbor News.
Copyright
Copyright Protected
Related
Kittens, Anyone?