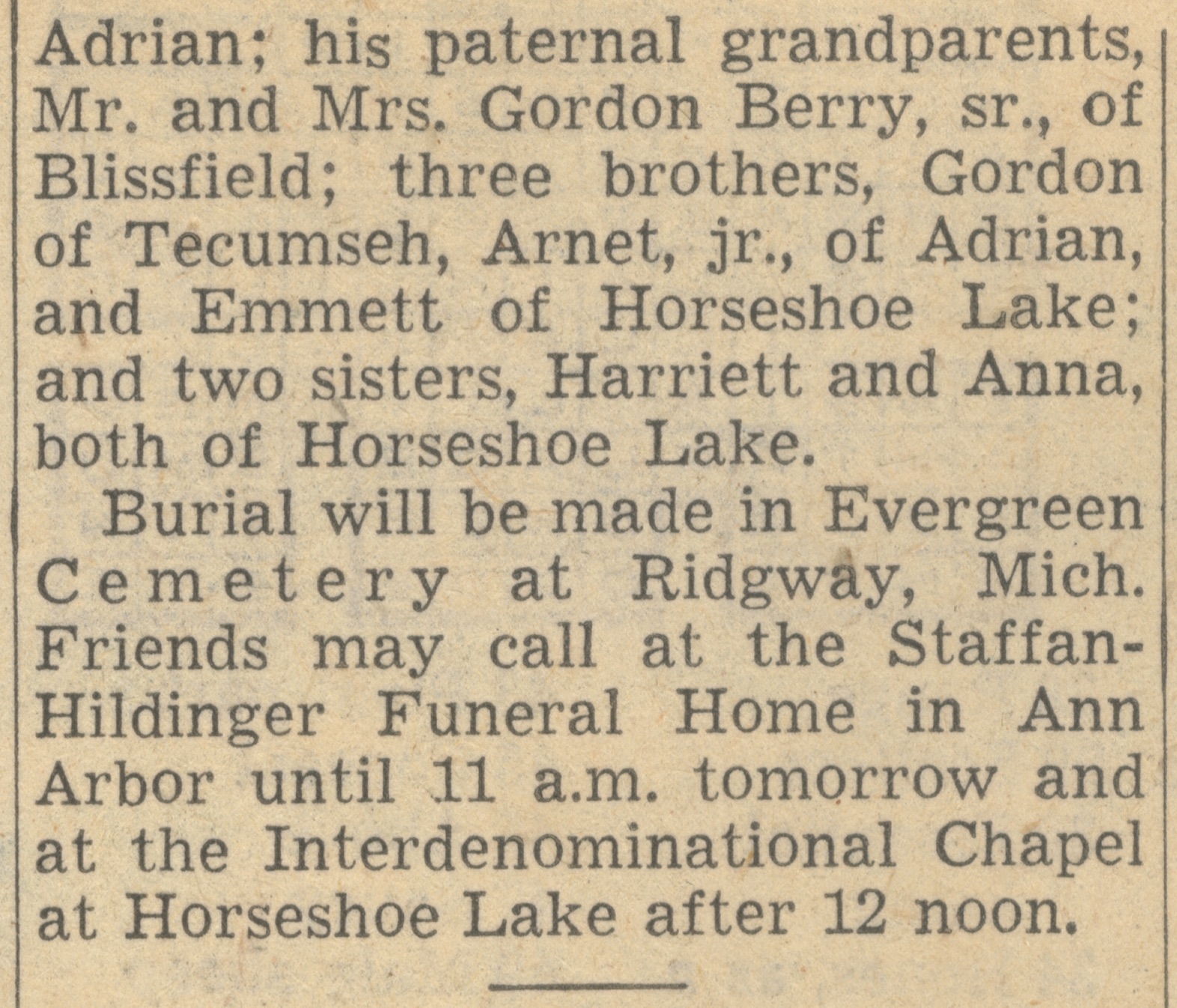 Funeral services for John L. Satterla, 24, of Horseshoe Lake, an Army veteran of three years service, will be held at 2 p.m. tomorrow at the Interdenominational Chapel at Horseshoe Lake, Rev. Lonnie Smith officiating.
Satterla was one of three persons who were killed early yesterday morning when the car in which they were riding crashed into a freight train at the N. Territorial Rd. crossing of the Ann Arbor Railroad.
Mr. Satterla was born in Macon, Mich., on Oct. 23, 1928, a son of Arnett and Hattie Berry Satterla.
He enlisted in the Army in December, 1945, and was discharged in December, 1948, after having spent 31 months with the military police in the U. S. Occupation Forces in Germany.
While serving overseas, he married Maria Radding in Munich.
Upon returning to the United States, Mr. Satterla made his home in Blissfield for about two years before moving to Horseshoe Lake in 1951.
He was employed by the Peters Sausage Co. as a maintenance Man.
Surviving besides his parents are a daughter, Lilly Charlotte, 3, of Adrian; his paternal grandparents, Mr. and Mrs. Gordon Berry, sr., of Blissfield; three brothers, Gordon of Tecumseh, Arnet, jr., of Adrian, and Emmett of Horseshoe Lake; and two sisters, Harriett and Anna, both of Horseshoe Lake.
Burial will be made in Evergreen Cemetery at Ridgway, Mich. Friends may call at the Staffan-Hildinger Funeral Home in Ann Arbor until 11 a.m. tomorrow and at the Interdenominational Chapel at Horseshoe Lake after 12 noon.