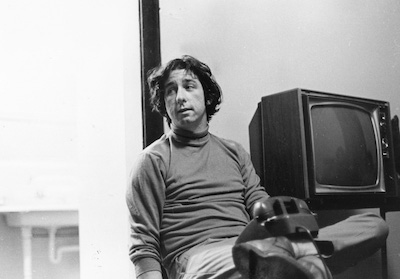 Activist, lawmaker, author, and politician Tom Hayden died yesterday at 76. Hayden took the hard route towards politics with his involvement with the University of Michigan's Students for a Democratic Society (SDS) and helped write one of the most significant 20th century political manifestos: the Port Huron Statement. His participation in the disruption of the 1968 Democratic convention as one of the fabled "Chicago Seven" made him an international celebrity. Visits to Hanoi during the Vietnam War brought attention to the conflict in ways that were unpredictable at that time, and his marriage to Jane Fonda gave him a celebrity-status he never quite lived down.

Right or wrong, Hayden proved that one voice can make a difference in American politics. Conventionally unsuccessful, he nonetheless served as a model for democratic political participation in ways that more orthodox politicians would never have dared to attempt.

Watch AADL's 2014 video "A Call to Battle Against the Climate Crisis", Hayden's discussion on how Michigan and the Great Lakes region can move the U.S. towards the protections of a clean energy economy.