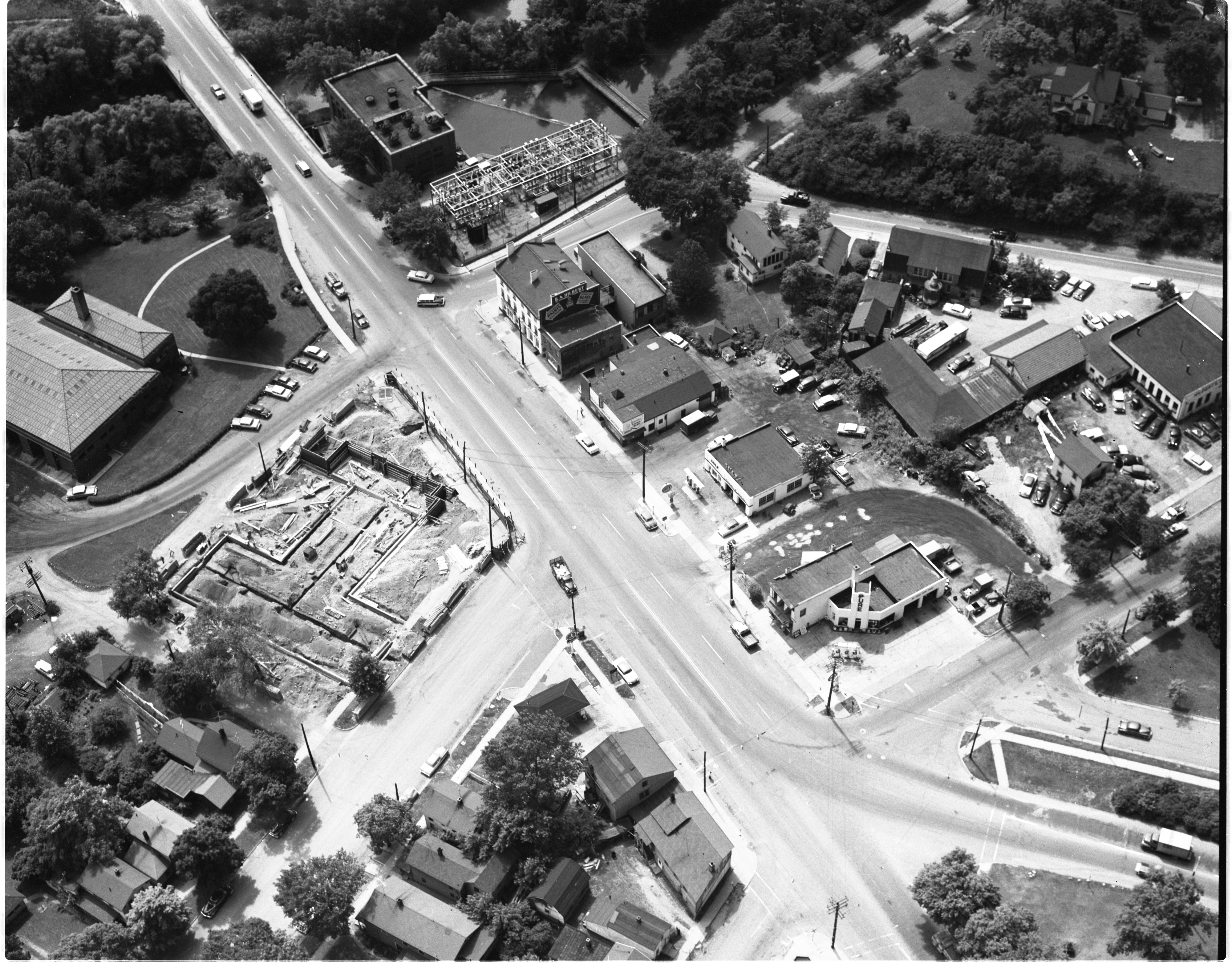 Published In
Ann Arbor News, July 14, 1956
Caption
THE NEW IN THE OLD: Here under construction in one of the city's oldest business districts is the new 50-unit University Motel. It fronts Broadway, shown cutting a swath across this aerial from the lower right southwest toward the top and toward the Broadway Bridge (not shown). Flanking the motel are Wall and Canal Sts. Wall extends off Broadway from the center toward the lower left, while Canal is opposite the motel, adjacent to the Detroit Edison Co. power plant (upper left). The General Motors Corp., which owns this motel, plans to erect another 50-units to the rear of the project under construction. The structure which stood on this site was one of the older buildings in the city.
Month
July
Year
1956
Rights Held By
Donated by the Ann Arbor News. © The Ann Arbor News.
Copyright
Copyright Protected
Related
The New In The Old