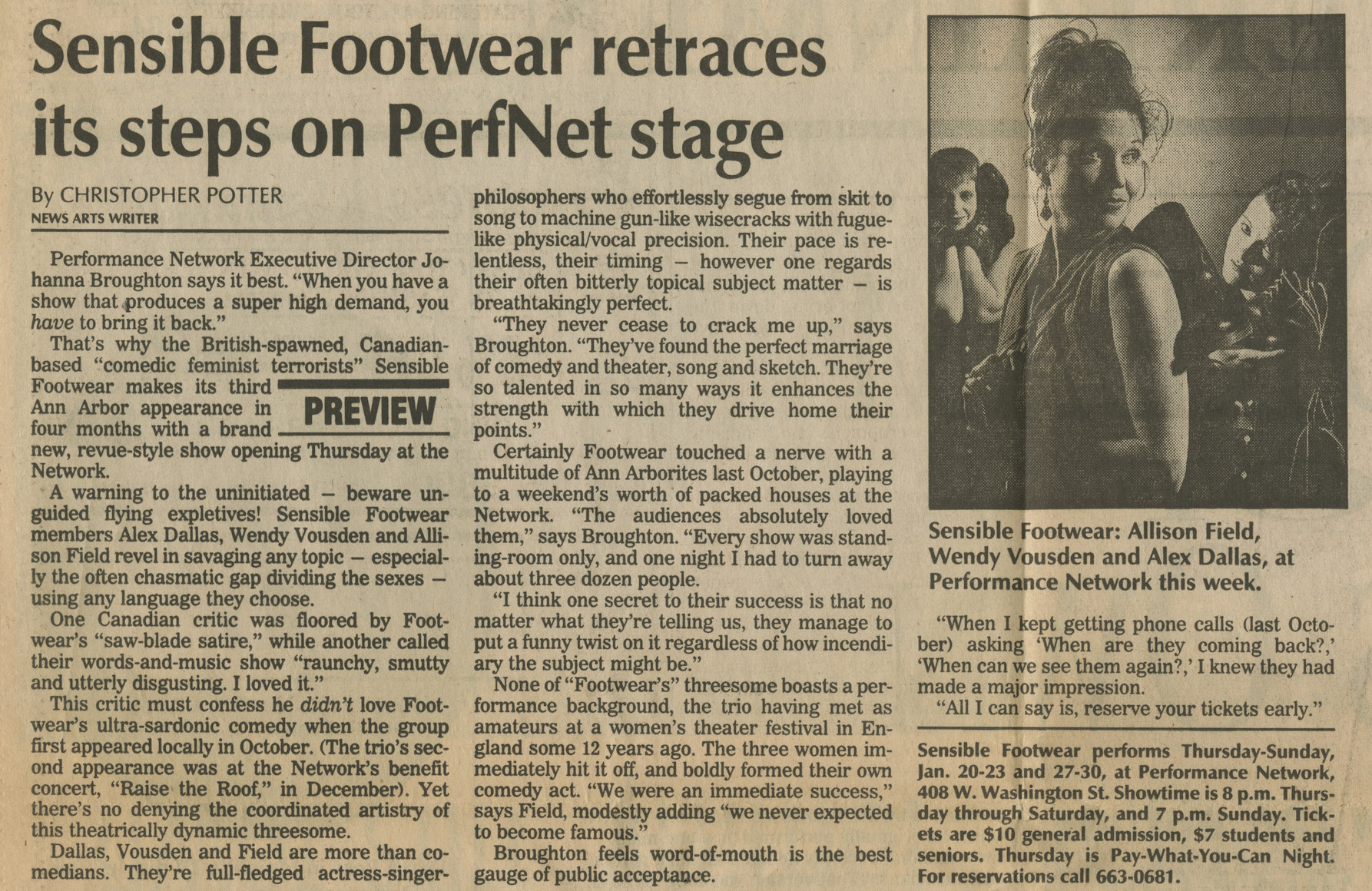 Performance Network Executive Director Johanna Broughton says it best.  "When you have a show that produces a super high demand, you have to bring it back."

One Canadian critic was floored by Footwear's "saw-blade satire," while another called their words-and-music shw "raunchy, smutty and utterly disgusting.  I loved it."

Dallas, Vousden and Field are more than comedians.  They're full-fledged actress-singer-philosophers who effortlessly segue from skit to song to machine gun-like wisecracks with fugue-like physical/vocal precision.  Their pace is relentless, their timing-however one regards their bitterly topical subject matter-is breathtakingly perfect.

"They never cease to crack me up," says Broughton.  "They've found the perfect marriage of comedy and theater, song and sketch.  They're so talented in so many ways it enhances the strength with which they drive home their points."

Certainly Footwear touched a nerve with a multitude of Ann Arborites last October playing to a weekend's worth of packed houses at the Network.  "The audiences absolutely loved them," says Broughton.  "Every show was standing-room only and one night I had to turn away about three dozen people.

"I think one secret to their success is that no matter what they're telling us, they manage to put a funny twist on it regardless of how incendiary the subject might be."

Broughton feels word-of-mouth is the best gauge of public acceptance.

"When I kept getting phone calls (last October) asking 'When are they coming back,' "When can we see them again?,' I knew they had made a major impression.

"All I can say is , reserve your tickets early."