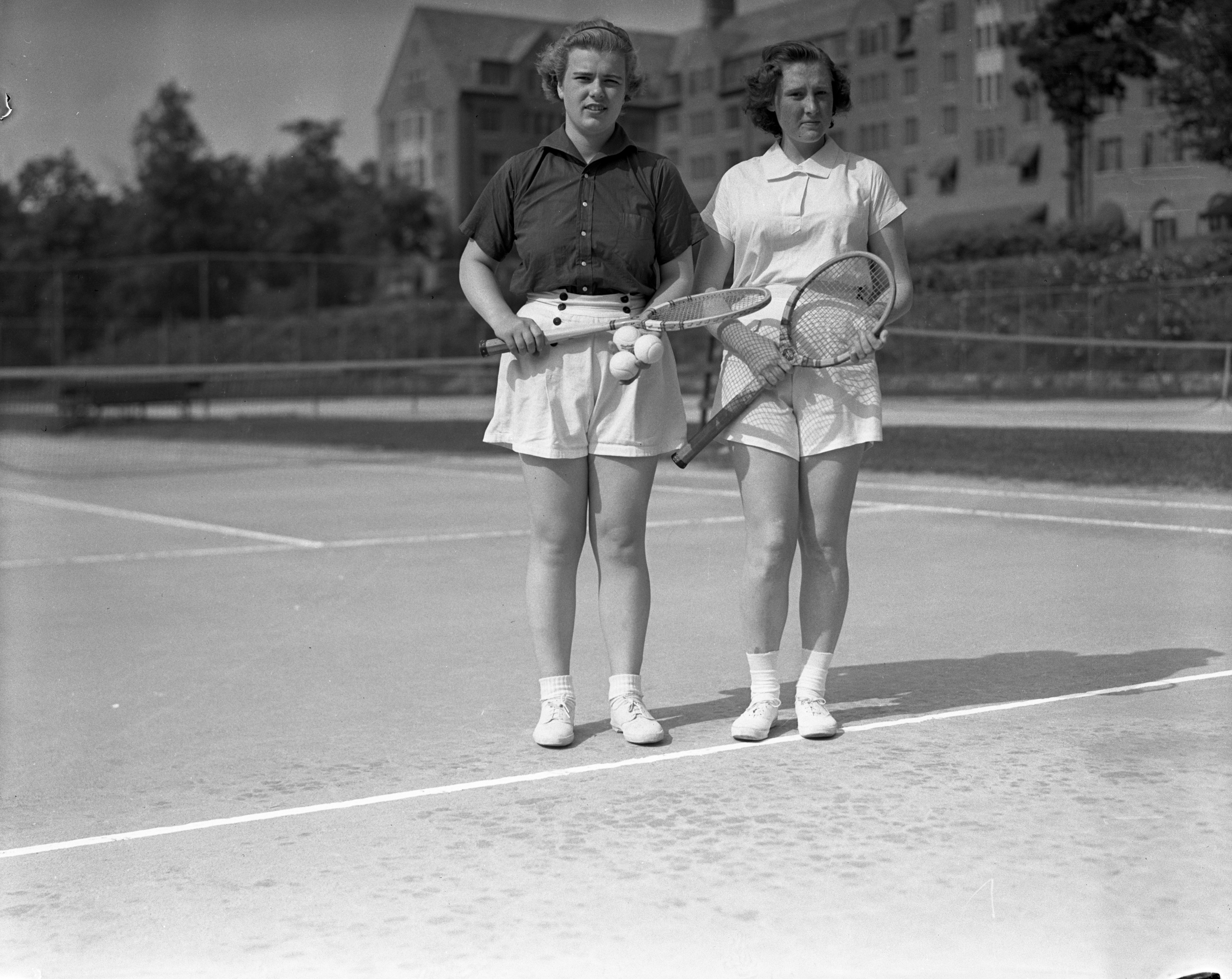 Published In
Ann Arbor News, July 22, 1937
Caption
WILL REPRESENT ANN ARBOR IN STATE TOURNEY: Miss Catherine Sanders, Left, and Miss Ella Ford, right, will represent Ann Arbor in the state novice tennis tournament to be held at Detroit Aug. 7. They won this right by reaching the finals in the All-City novice division of the women's singles. They are certain to give a good account of themselves in the state competition. Miss Sanders won the Ann Arbor title yesterday, by defeating Miss Ford in straight sets. Miss Sanders is also a competitor in the open women's singles, where she has reached the semi-finals. At the left Miss Sanders is shown executing a fore-hand drive from near the back line in her match yesterday. At the right, Miss Ford has brought her back-hand into play in making a return during a volley.
Month
July
Year
1937
Rights Held By
Donated by the Ann Arbor News. © The Ann Arbor News.
Copyright
Copyright Protected
Summer in Ann Arbor - 1937