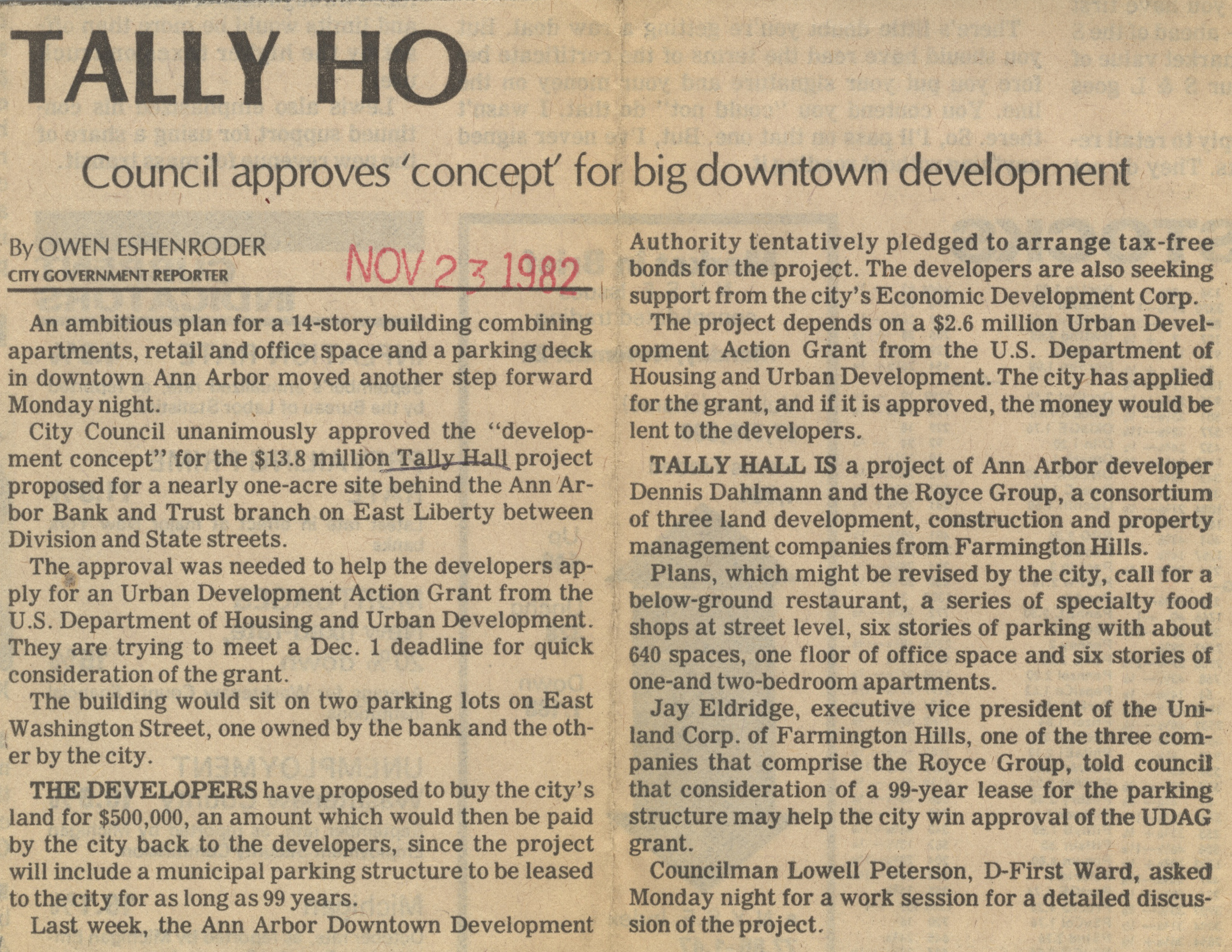 City Council unanimously approved the “development concept” for the $13.8 million Tally-Hall project proposed for a nearly one-acre site behind the Ann Arbor Bank and Trust branch on East Liberty between Division and State streets.

The. approval was needed to help the developers apply for an Urban Development Action Grant from the U.S. Department of Housing and Urban Development. They are trying to meet a Dec. 1 deadline for quick consideration of the grant.

The building would sit on two parking lots on East Washington Street, one owned by the bank and the other by the city.

THE DEVELOPERS have proposed to buy the city’s land for $500,000, an amount which would then be paid by the city back to the developers, since the project will include a municipal parking structure to be leased to the city for as long as 99 years.

The project depends on a $2.6 million Urban Development Action Grant from the U.S. Department of Housing and Urban Development. The city has applied for the grant, and if it is approved, the money would be lent to the developers.

TALLY HALL IS a project of Ann Arbor developer Dennis Dahlmann and the Royce Group, a consortium of three land development, construction and property management companies from Farmington Hills.

Plans, which might be revised by the city, call for a below-ground restaurant, a series of specialty food shops at street level, six stories of parking with about 640 spaces, one floor of office space and six stories of one-and two-bedroom apartments.

Jay Eldridge, executive vice president of the Uniland Corp. of Farmington Hills, one of the three companies that comprise the Royce Group, told council that consideration of a 99-year lease for the parking structure may help the city win approval of the UDAG grant.

Councilman Lowell Peterson, D-First Ward, asked Monday night for a work session for a detailed discussion of the project.