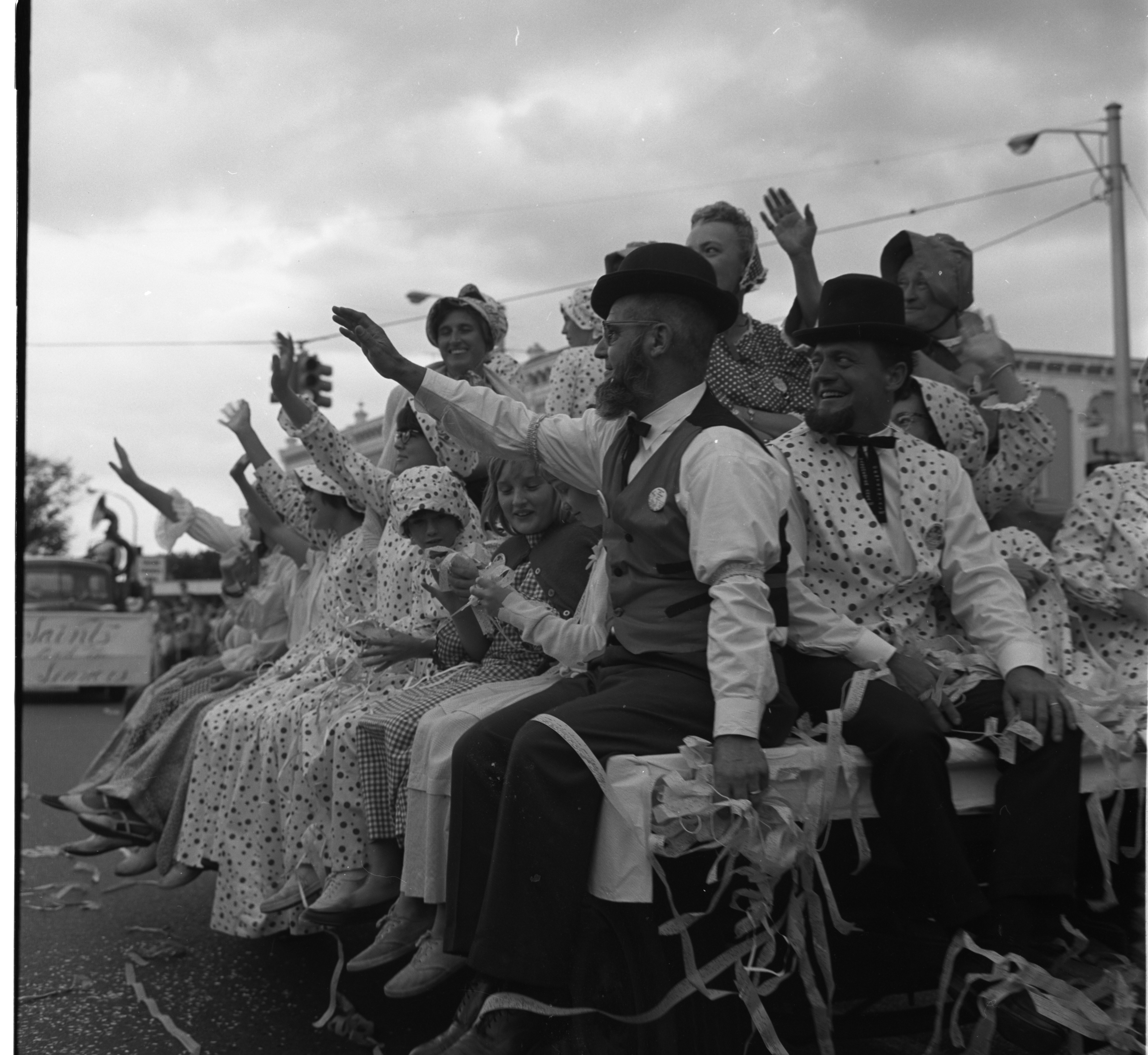 Published In
Ann Arbor News, July 17, 1967
Caption
Parade For Pilot - The happy crew (left) of the Amelia Earhart Commemorative Flight, honored at a ticker-tape parade in Saline Saturday afternoon, wave to the crowd. From left are Lee Koepke, the plane's mechanic; William Polhemus, navigator; Mrs. Ann H. Pellegreno, pilot, and Air Force Col. William Payne, the co-pilot. An area centennial group (above) [this photo] waves to the crew and crowd. Ticker-tape was dropped on the crowd from a helicopter, and aerial acrobatics were provided by a stunt plane flying above the parade. The procession honoring the Saline aviatrix included some 60 units including automobiles, and the vehicle carrying the local voyager led the caravan. She later stood on the reviewing stand to observe the rest of the procession.
Year
1967
Rights Held By
Donated by the Ann Arbor News. © The Ann Arbor News.
Copyright
Copyright Protected
Related
Parade For Pilot