Atom Experts Coming To 'U' 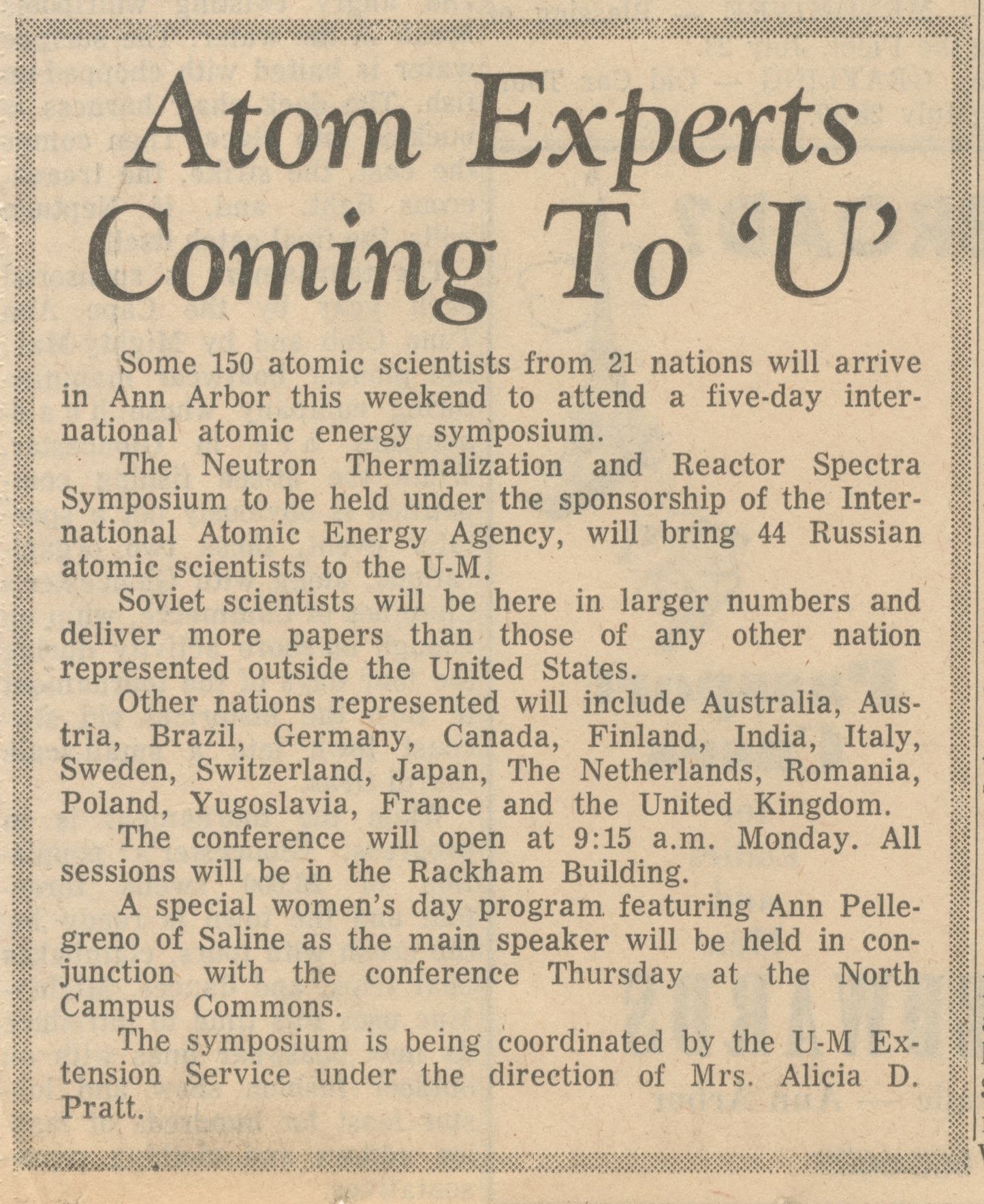 ﻿Atom Experts Coming To ‘U’

Some 150 atomic scientists from 21 nations will arrive in Ann Arbor this weekend to attend a five-day international atomic energy symposium.

The Neutron Thermalization and Reactor Spectra Symposium to be held under the sponsorship of the International Atomic Energy Agency, will bring 44 Russian atomic scientists to the U-M.

Soviet scientists will be here in larger numbers and deliver more papers than those of any other nation represented outside the United States.

The conference will open at 9:15 a.m. Monday. All sessions will be in the Rackham Building.

A special women’s day program featuring Ann Pellegreno of Saline as the main speaker will be held in conjunction with the conference Thursday at the North Campus Commons.

The symposium is being coordinated by the U-M Extension Service under the direction of Mrs. Alicia D. Pratt.