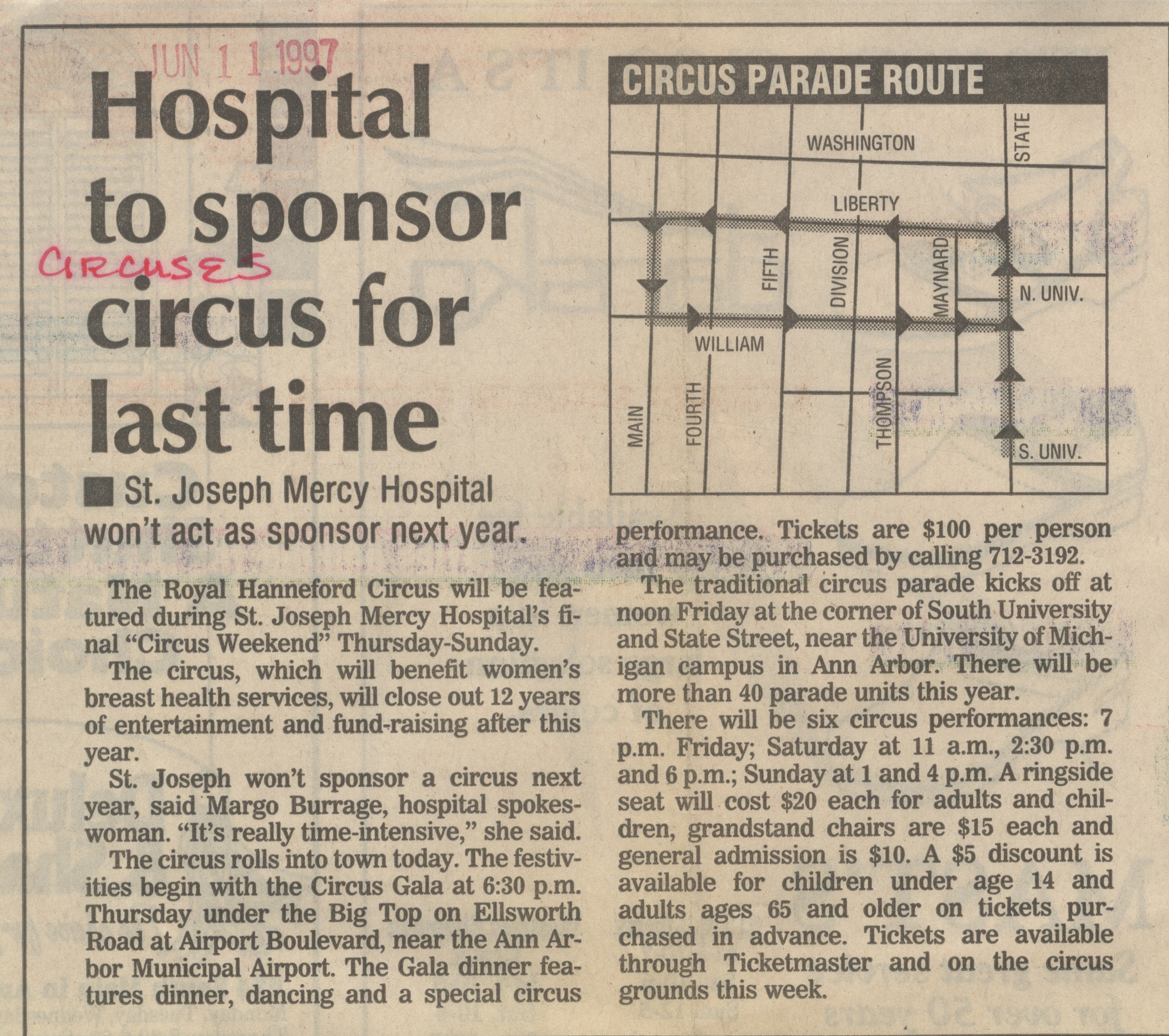 The circus, which will benefit women’s breast health services, will close out 12 years of entertainment and fund-raising after this year.

The circus rolls into town today. The festivities begin with the Circus Gala at 6:30 p.m. Thursday under the Big Top on Ellsworth Road at Airport Boulevard, near the Ann Arbor Municipal Airport The Gala dinner features dinner, dancing and a special circus performance. Tickets are $100 per person and may be purchased by calling 712-3192.

The traditional circus parade kicks off at noon Friday at the comer of South University and State Street, near the University of Michigan campus in Ann Arbor. There will be more than 40 parade units this year.

There will be six circus performances: 7 p.m. Friday; Saturday at 11 a.m., 2:30 p.m. and 6 p.m.; Sunday at 1 and 4 p.m. A ringside seat will cost $20 each for adults and children, grandstand chairs are $15 each and general admission is $10. A $5 discount is available for children under age 14 and adults ages 65 and older on tickets purchased in advance. Tickets are available through Ticketmaster and on the circus grounds this week.