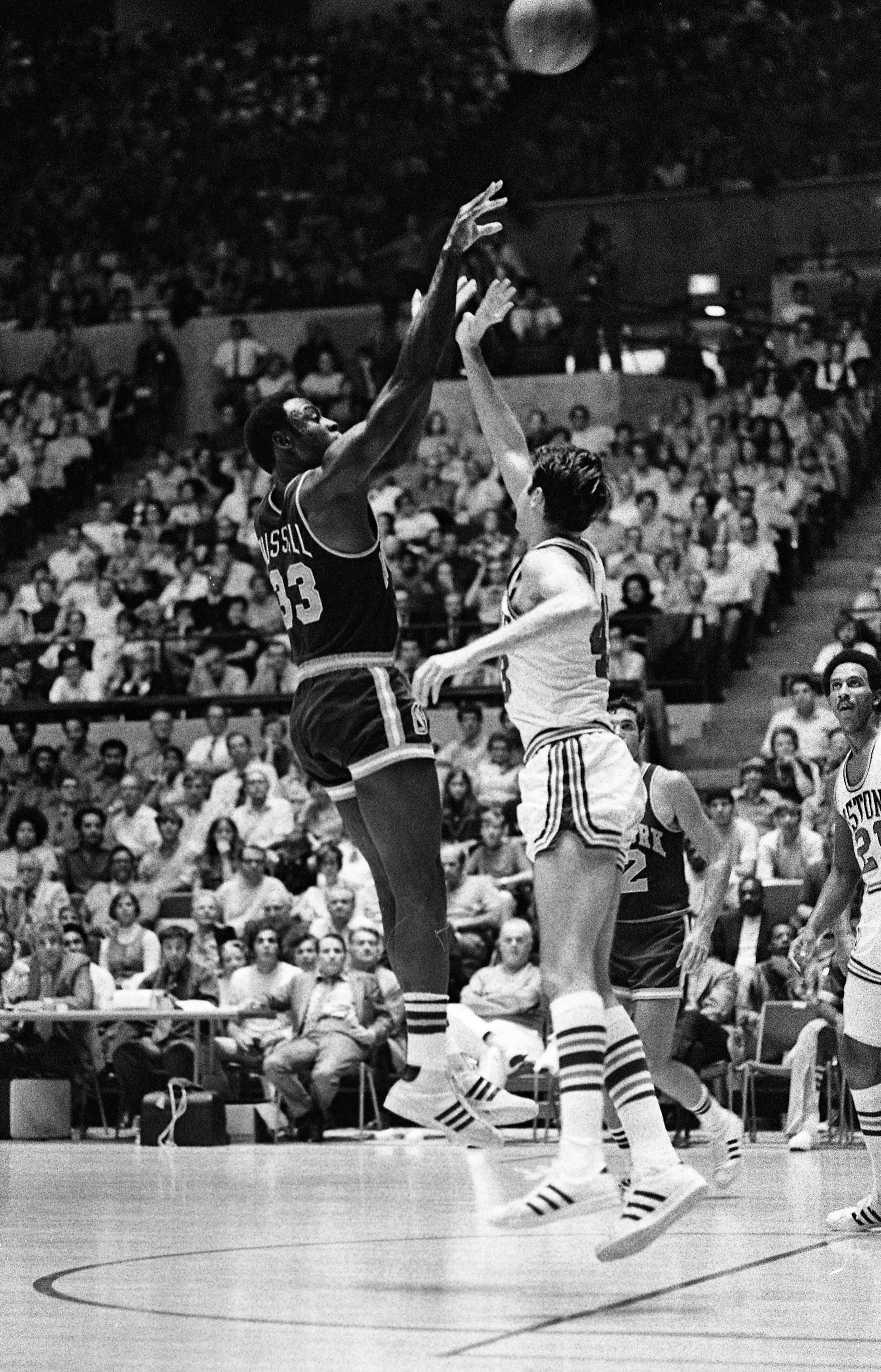 Published In
Ann Arbor News, September 25, 1970
Caption
The Shot's The Same - Just as in his days at Yost Fieldhouse, Cazzie Russell shoots over the head of an opponent to score two, only this time he wears the uniform of the New York Knickerbockers rather than the Maize and Blue of Michigan. The opponent is Terry Dischinger of the Pistons.
Month
September
Year
1970
Rights Held By
Donated by the Ann Arbor News. © The Ann Arbor News.
Copyright
Copyright Protected