The Curtis Building With the Rear Exterior Of The Rubaiyat Restaurant, November 3, 1961 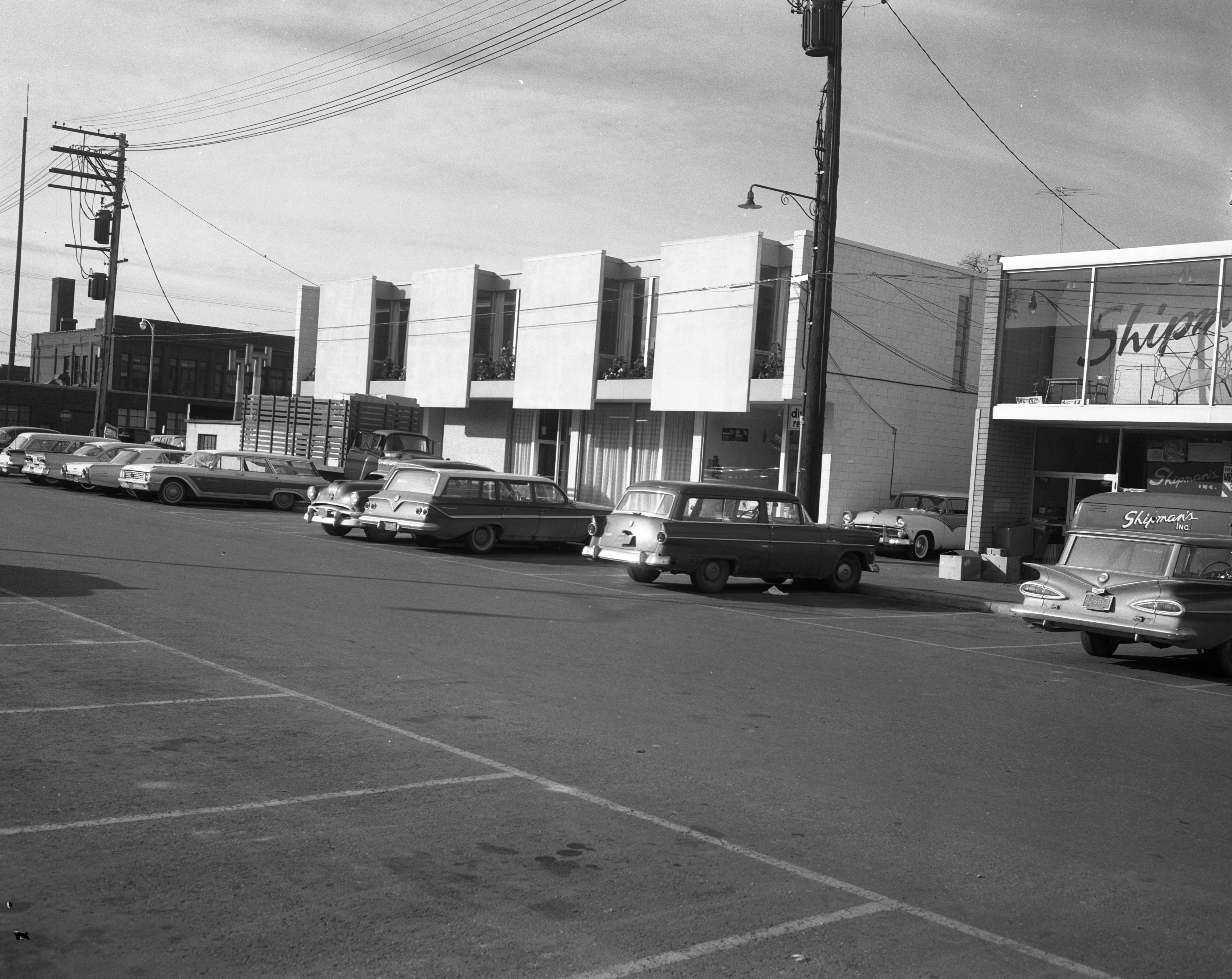 Published In
Ann Arbor News, November 3, 1961
Caption
Wins Pacesetter Award: George G. Curtis has been presented the first in a series of monthly Pacesetter awards "for improvement of private property in a manner which contributes to the appearance of the city." Shown here is the rear of the Curtis Building located on the east side of the 300 block of S. Main St. The award was made by the City Art Committee, a citizens group appointed by the City Council. The committee said it was giving the first award to Curtis because of the recent remodeling of the building. It cited "good design, the attention paid to the rear of the premises to improve the appearance for the Fourth Ave. parking lot and the establishment of a store entrance facing the lot."
Year
1961
Month
November
Rights Held By
Donated by the Ann Arbor News. © The Ann Arbor News.
Copyright
Copyright Protected
Related
Wins Pacesetter Award