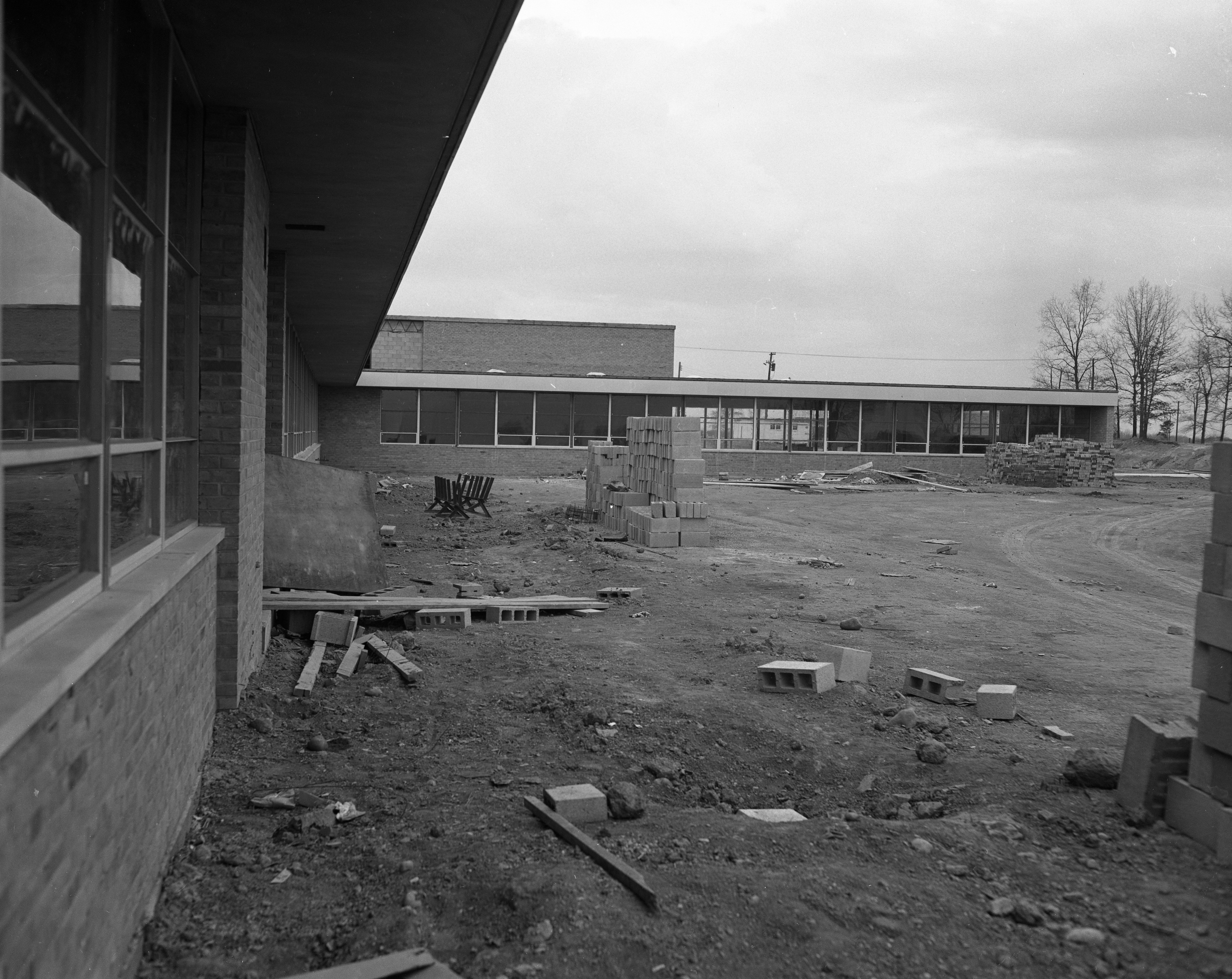 Published In
Ann Arbor News, November 15, 1956
Caption
Construction Slowed: Construction progress on Ann Arbor public schools' new, $810,717 18-classroom southwest elementary shown here was virtually halted today -- after many construction men left to go deer hunting. Donald D. MacMullen, associate architect for Charles W. Lane, who blueprinted the school, said the workers who remained at construction jobs were shifted to the Newport Rd. School. Both schools are being built by the Henry W. deKoning Construction Co. Some mechanical work is going on at the southwest school west of the end of Coronado Dr. An anticipated two-week absence of some workers is not expected to delay construction of either school beyond completion dates between next May and July. MacMullen said the Newport Rd. school is 16 per cent ahead of its construction schedule, while the southwest school is 14 per cent ahead of schedule.
Month
November
Year
1956
Rights Held By
Donated by the Ann Arbor News. © The Ann Arbor News.
Copyright
Copyright Protected