Truman letter in U files 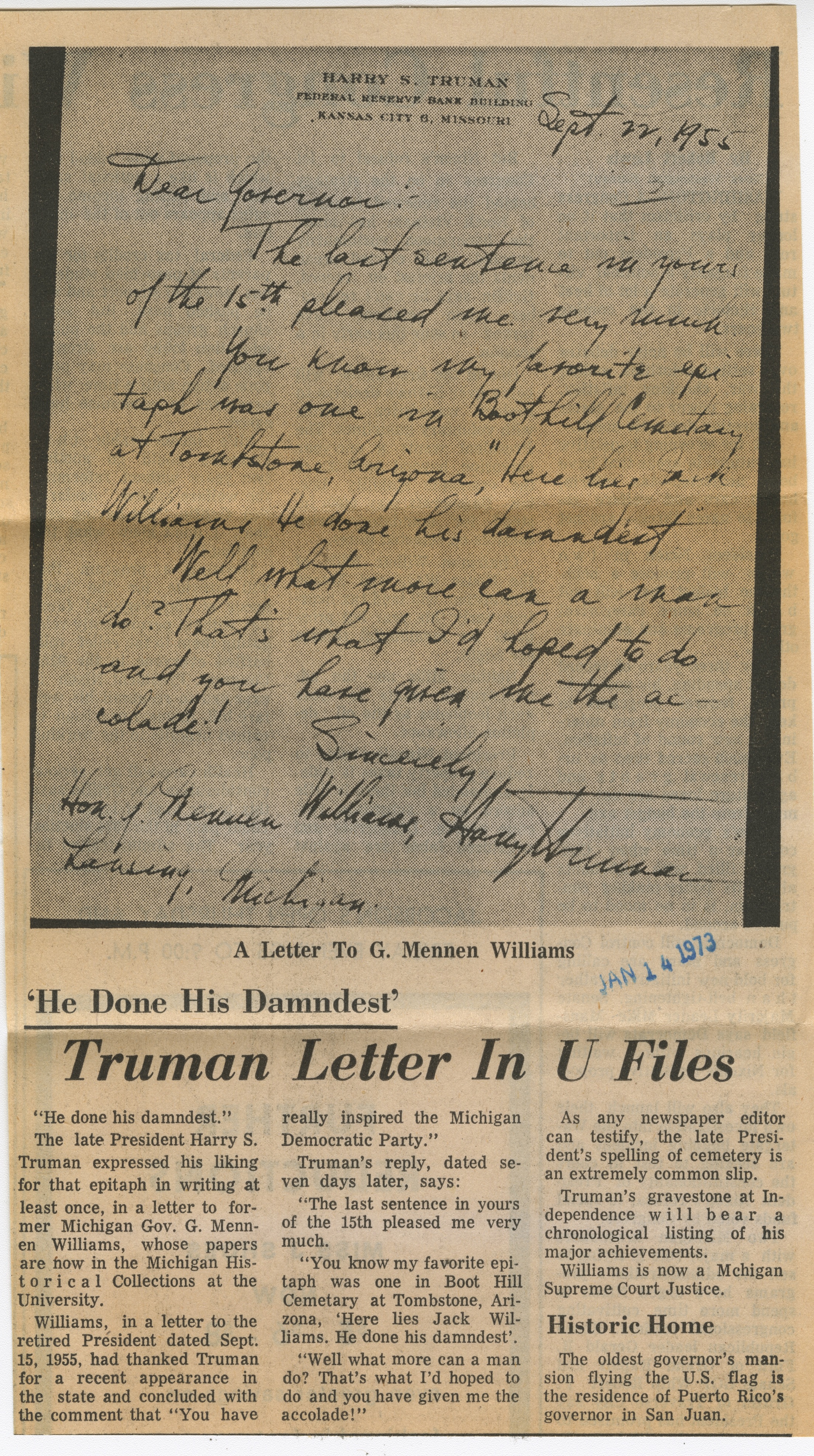 ﻿'He Done His Damndest’

Truman Letter In U Files

“He done his damndest.”

The late President Harry S. Truman expressed his liking for that epitaph in writing at least once, in a letter to former Michigan Gov. G. Mennen Williams, whose papers are now in the Michigan Historical Collections at the University.

Williams, in a letter to the retired President dated Sept. 15, 1955, had thanked Truman for a recent appearance in the state and concluded with the comment that "You have really inspired the Michigan Democratic Party."

“The last sentence in yours of the 15th pleased me very much.

“You know my favorite epitaph was one in Boot Hill Cemetary at Tombstone, Arizona, ‘Here lies Jack Williams. He done his damndest’.

“Well what more can a man do? That’s what I'd hoped to do and you have given me the accolade!”

As any newspaper editor can testify, the late President’s spelling of cemetery is an extremely common slip.

Truman’s gravestone at Independence will bear a chronological listing of his major achievements.

The oldest governor’s mansion flying the U.S. flag is the residence of Puerto Rico's governor in San Juan.