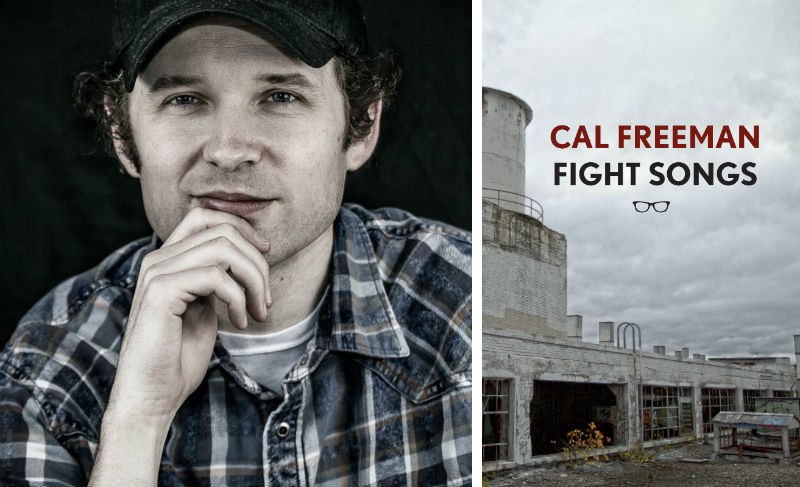 “This is a lot of people for a poetry reading," said writer Cal Freeman. "I’ve read for three people before.” On Nov. 11, Michigan poet Freeman read from his new book, Fight Songs, at Literati bookstore. The crisp November evening seemed perfect for listening to regionally focused poetry as the temperature made its way downward.

Freeman is the kind of poet I would have spent a semester in a creative writing class peeking at over a copy of the latest student work being workshopped. He’s tall, though not quite lanky, and was dressed in mostly gray. I wouldn’t describe his look as rumpled, but the word crossed my mind. Very Midwestern.

A Literati staffer introduced Freeman by describing his “compassion for the unsung among us.” When Freeman approached the podium, he got right down to the business of poetry reading. As he read, he rocked back and forth a bit -- a gentle, swaying rock -- and stood with his hips in front of his shoulders.

Freeman asked whether anyone in the audience has ever had roaches, then told us a story about trying to get rid of them from a storage unit. A man in the audience said, “Oh, those kind of roaches.” Freeman responded, “I’m not a stoner, dude,” then shared a poem written from the cockroach's point of view.

The sun captures the best
and worst alike in various stages
of slouching ambulation, God,
as we slow and sicken.
--from “Fight Song of the Roaches”

Freeman told the audience the poem came as a result of him "writing these letters to a lot of creatures and outmoded nouns.” An entire third of "Fight Song" is made up of these letters, where Freeman e writes to, among other things, “cops on a wintry night,” the innocent, and a malt-worm.

After telling us that “elegy is a really important form for (me),” Freeman told us a story about a friend of his who had died of a drug overdose. It had been over a decade since he had seen the friend when the friend died, and Cal was asked by the family to play guitar that the funeral. He felt like an imposter, like he hadn’t been a good friend.

Each song is a vague guess
At its own meaning.
--from “To Be Sung at Certain Funerals”

Freeman finished the evening as simply as he started: “Thanks,” he said, and stepped away from the mic.