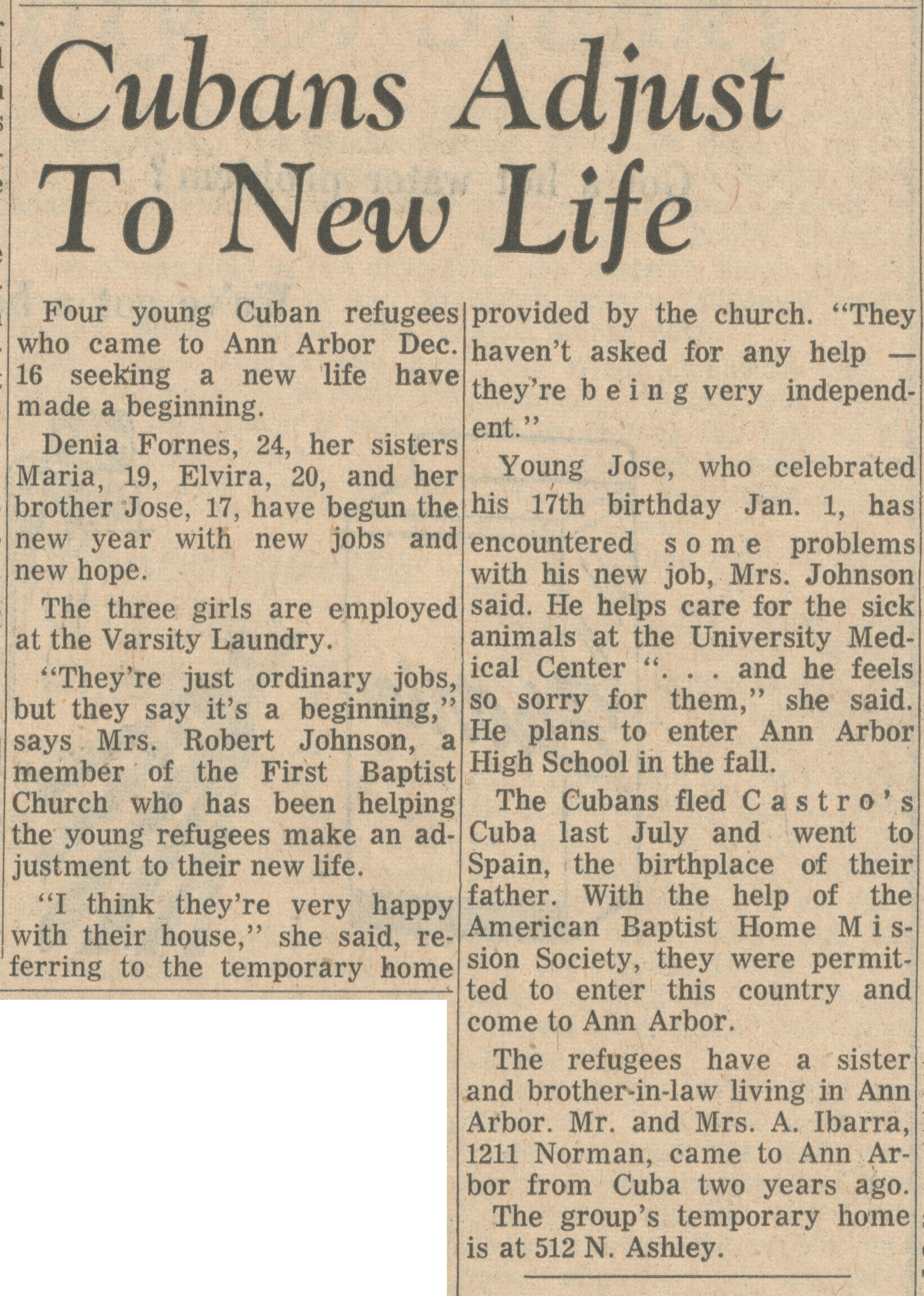 ﻿: Cubans Adjust To New Life<br><br>Four young Cuban refugees who came to Ann Arbor Dec. 16 seeking a new life have made a beginning.<br><br>Denia Fornes, 24, her sisters Maria, 19, Elvira, 20, and her brother Jose, 17, have begun the new year with new jobs and new hope.<br><br>The three girls are employed at the Varsity Laundry.<br><br>“They’re just ordinary jobs, but they say it’s a beginning,” says Mrs. Robert Johnson, a member of the First Baptist Church who has been helping the young refugees make an adjustment to their new life.<br><br>“I think they’re very happy with their house,” she said, referring to the temporary home<br><br>provided by the church. “They haven’t asked for any help — they’re being very independent.”<br><br>Young Jose, who celebrated his 17th birthday Jan. 1, has encountered some problems with his new job, Mrs. Johnson said. He helps care for the sick animals at the University Medical Center . . and he feels so sorry for them,” she said. He plans to enter Ann Arbor High School in the fall.<br><br>The Cubans fled Castro’s Cuba last July and went to Spain, the birthplace of their father. With the help of the American Baptist Home M i s-sion Society, they were permitted to enter this country and come to Ann Arbor.<br><br>The refugees have a sister and brother-in-law living in Ann Arbor. Mr. and Mrs. A. Ibarra, 1211 Norman, came to Ann Arbor from Cuba two years ago.<br><br>The group’s temporary home is at 512 N. Ashley.