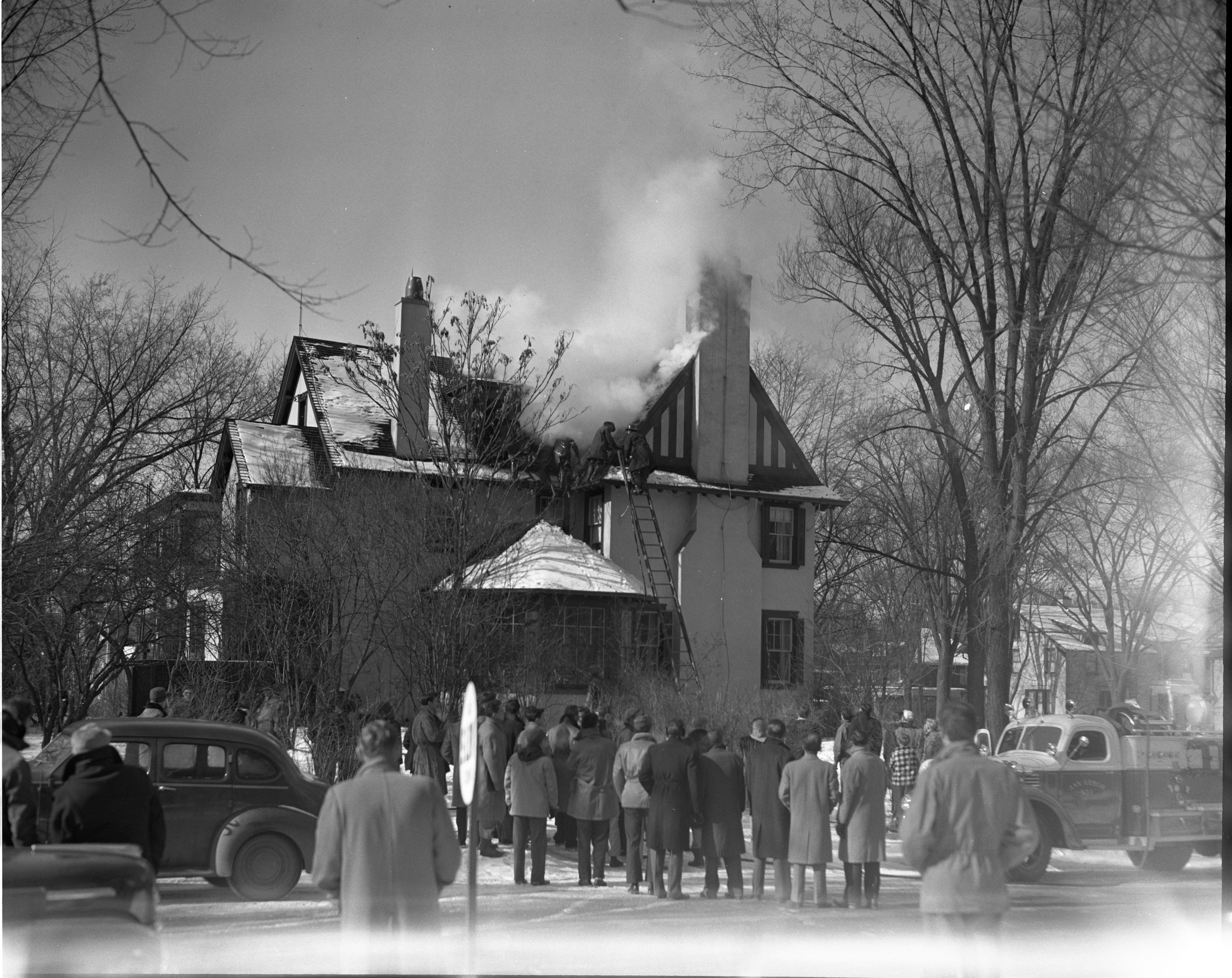 Published In
Ann Arbor News, January 24, 1948
Caption
Firemen scaled a sidewall and hacked their way through the roof of the Kappa Delta sorority house early yesterday afternoon to extinguish flames that broke out in a closet on the third floor of the building. Though four rooms and the closet were damaged by the blaze, which started from a defective electrical circuit, personal property loss was slight, since men students and other bystanders assisted in removing clothing and furniture from the third-floor rooms. Though the Kappa Delta sisters evacuated their house with startling speed when the alarm was given, all 30 members of the sorority were able to resume occupancy as plans for repairs estimated at $1,000 went ahead.
Month
January
Year
1948
Rights Held By
Donated by the Ann Arbor News. © The Ann Arbor News.
Copyright
Copyright Protected
Related
Fire Routs Coeds From Sorority House