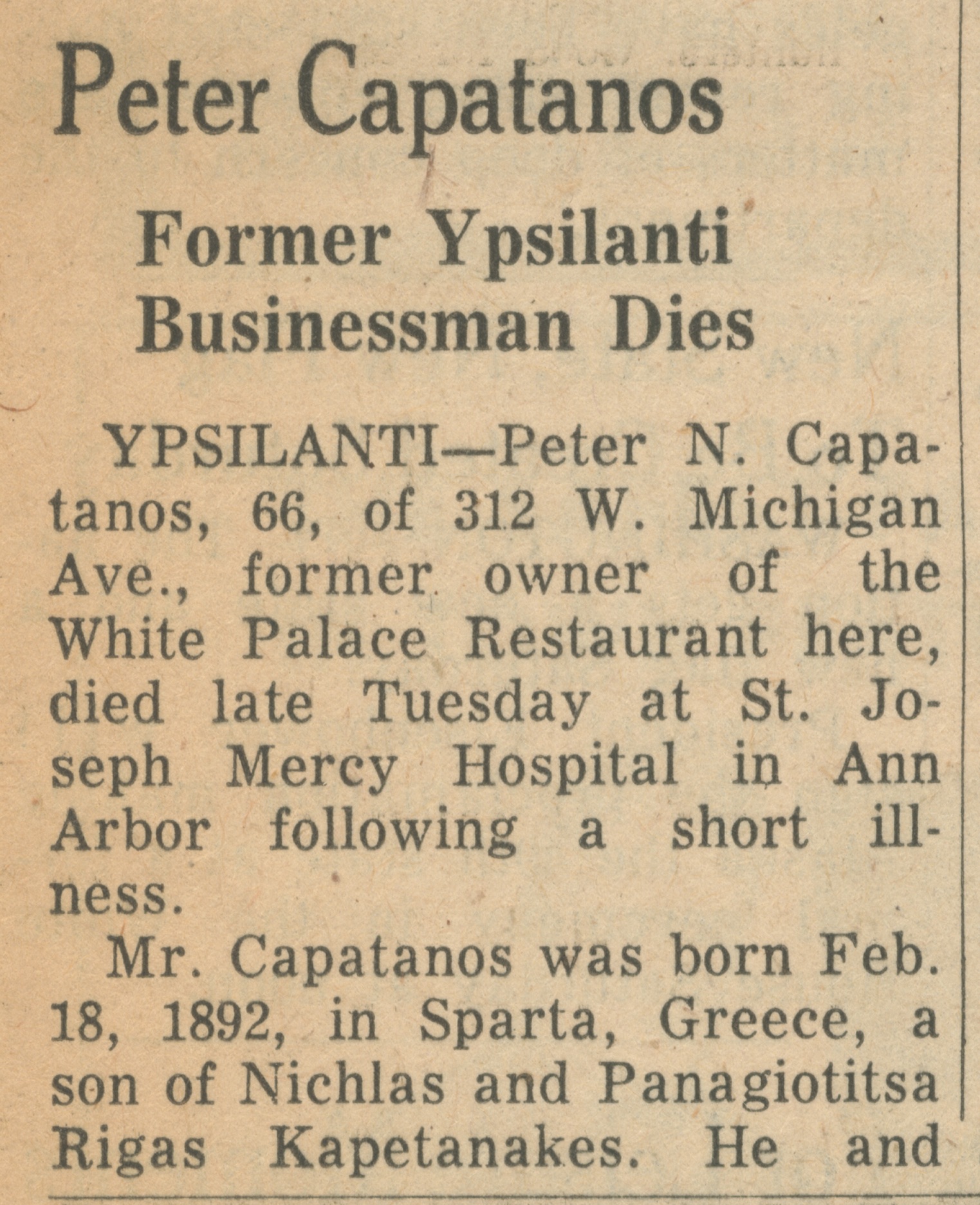 Mr. Capatanos was born Feb. 18, 1892, in Sparta, Greece, a son of Nichlas and Panagiotitsa Rigas Kapetanakes. He and Ethel Mucha were married in 1920 in Harrisburg, Pa. She survives.

Mr. Capatanos came to the United States as a young man and was associated with the White Palace Restaurant in Ypsilanti as co-owner and later owner from 1943 until his retirement in 1954.